Gophers live in colonies and understand the meaning of family and trusting in others. They have a very cool communication between them, which includes speaking in clicks and whistles, as well as with a special ultrasonic whistle for family members.

As a being that lives underground, they are said to be “Secrets of Life” Keepers. They are also known to be Masters of “As above, so below”. They live underground in tunnels that intersect and connect, keeping them safe underground for extended periods of time. But whether life is above ground, or below it, or even in the water, their series of tunnels demonstrate how everything is connected, even though it may be hidden from us.

Gopher is a master at knowing how to dig and uncover hidden truths and meanings and she/he shares this gift with you. Gophers have poor eyesight (in part because of spending a lot of time underground in the dark, and because they are small) so they will keep watch on the tallest point of land in order to be able to see movement so they can warn their colony.

And of course, they are very adept to feeling vibrations in the ground, which is usually why we don’t see them often, as they have advance warning of oncoming visitors. Gopher has beautiful attributes and not to be seen as a pest like many do, as they try to run them off, or worse, from their homes, especially because they love our gardens too.

They feed from their tunnels, pulling down plants and run around with ease and speed, able to jump down small holes instantly. But rather than see them as a nuisance, it would be of more benefit and compassion to observe the Gopher’s wisdom and get more acquainted with what they have to share.

Gopher showing up in your life is asking you to feel all around you and to be present with the vibrations of energy you pick up, are sensing, and intuiting. Their medicine teaches you how to attune yourself to these spiritual and physical vibrations and sensations, as well as teaches abilities to listen, feel, and heighten your intuition to be able to tune into the guidance of direction your innate instincts are leading you to. Then to be do the energy work that what you are feeling is presenting to you.

They bring a message of looking to your own growth process and observing where you plant your seeds, and ask you to take responsibility for your actions instead of adopting a victim role and blaming others. Gopher also helps us develop the skill of uncovering hidden truths and meanings and all that lies beneath a situation, which would include our shadow parts.

He/she also shows us how to listen to and align with perfect timing to take of the many choices available and how those choices are interconnected. Perhaps it is time to “dig” with a sense of purpose and direction or perhaps it is time to utilize your resources that you have before you – because you are more prepared than you realize, but just haven’t trusted yourself enough to just go for it – get it….”go pher” it.

So our amazing little Gopher friends shows you how to maneuver with purpose and keep the balance of instincts in tune with the heartbeat of our beautiful Earth. Gopher offers us wisdom of deeper truths that are awaiting us to pay attention to and then to follow their flow. 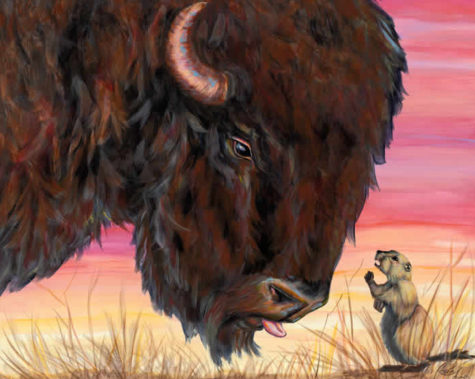 Gophers are considered to be messengers of the underworld by many western tribes, and are sometimes seen as a symbol of death. In some Shoshone and Paiute traditions, gophers were considered medicine animals who could cause or cure sickness in people, and birth defects were said to be the result of pregnant women eating vegetables a gopher had touched.

In Northern California tribes, a gopher digging near a family’s home is thought to be an omen of illness or death; in the Karuk tribe, it was considered bad luck to kill or eat gophers. In Klamath and Modoc mythology, Gopher was the younger brother of the Creator and played a role in the tribal creation myth. Gophers sometimes appear as healers or wise advisors in Native folklore.

Gophers are also used as clan animals in some Native American cultures. Tribes with Gopher Clans include the Hopi tribe (whose Gopher Clan was named Mui-wungwa) and the Pueblo tribes of New Mexico.

To see a gopher in your dream means that you are being used and manipulated by others out of survival needs. Below are more gopher related dream interpretations in various contexts.

To hit or beat a gopher in the dream, suggests that you should “go for it”. Take initiative and act now to grab that fleeting chance.

Dreaming about gophers digging in and out of places, reflects the various path that you could take in the near future. These choices are all interconnected and sometimes you simply have to make a judgment call on the best path.

Seeing gophers tunnels signifies the need to maneuver your path while using the balance of your instincts. Always keep your options open and leave yourself with more diverse entrances and exits is key to your survival.

To dream about gopher hiding away in its tunnel, represents how you feel unnoticed by others, may it be the good or the bad that you do. The dream suggests that you may need to find ways to stand up for yourself.

Dreaming about setting up traps to try and bait catch gopher, refers to your skill at uncovering hidden truths and meanings. Try to look beneath a situation and figure out the true cause, you will only be able to solve your problems at hand by digging a little deeper and be patient.

To see gopher mounds in the dream, represents that you should better utilize the resources you have before you. You might be using resources or assets behind other people’s back. Be careful about the evidences or you would be caught red handed and found guilty.

Dreaming about your beautiful garden being destroyed or eaten by a gopher, suggests that an employee, contractor, or someone that you work with may be stealing behind your back. However, this generally because you may be underpaying or taking advantage of those whom you work with. They may be forced to take unethical rebates or kickbacks in order to survive. 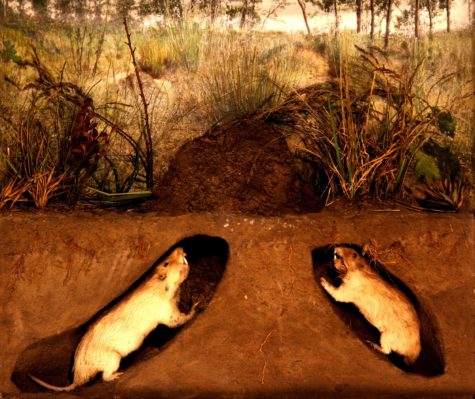 Despite their similar appearances and burrowing habits, groundhogs and gophers don’t have a whole lot in common—they don’t even belong to the same family. For example, gophers belong to the family Geomyidae, a group that includes pocket gophers (sometimes referred to as “true” gophers), kangaroo rats, and pocket mice.

Groundhogs, meanwhile, are members of the Sciuridae (meaning shadow-tail) family and belong to the genus Marmota. Marmots are diurnal ground squirrels, Daniel Blumstein, a UCLA biologist and marmot expert, tells Mental Floss. “There are 15 species of marmot, and groundhogs are one of them,” he explains.

Science aside, there are plenty of other visible differences between the two animals. Gophers, for example, have hairless tails, protruding yellow or brownish teeth, and fur-lined cheek pockets for storing food—all traits that make them different from groundhogs. The feet of gophers are often pink, while groundhogs have brown or black feet. And while the tiny gopher tends to weigh around two or so pounds, groundhogs can grow to around 13 pounds.

While both types of rodent eat mostly vegetation, gophers prefer roots and tubers (much to the dismay of gardeners trying to plant new specimens), while groundhogs like vegetation and fruits. This means that the former animals rarely emerge from their burrows, while the latter are more commonly seen out and about.

But that doesn’t necessarily mean that gophers are the more reclusive of the two, as groundhogs famously hibernate during the winter. Gophers, on the other hand, remain active—and wreck lawns—year-round.

“What’s really interesting is if you go to a place where there’s gophers, in the spring, what you’ll see are what is called eskers,” or winding mounds of soil, Blumstein says. “Basically, they dig all winter long through the earth, but then they tunnel through snow, and they leave dirt in these snow tunnels.”

This is so cute, and they are adorable...I am reading all of these ones, but a bit at a time, I appreciate all your postings on the subject, SunKat, I wish I had the time to read them all at once...