Welcome into one of the year’s biggest weeks in the cosmic energies – Jupiter moves into the 8th House for a full year starting 10/10!

Jupiter, planet of Luck and Expansion, has been in the house of relationships and marriage for the last 12 months, bringing intensity, deep changes and uplifting to these areas.

For Twin Flames it’s been a year of balancing between the pair, with Jupiter enhancing and boosting the energy of the sign of scales, Libra.

Energetic Union has begun for many, the process where both Twins’ energies begin to blend between them as cords are formed between both Twins’ chakra centers –with the ultimate aim of returning to complete unity.

This process is instigated by the Twins’ higher selves at a suitable time.

When the process of exchanging and balancing energy is underway, many Twins notice themselves getting triggered as their counterpart’s past memories, fears and energies of being with others begins to travel between them.

Jupiter’s move into Scorpio on October 10th brings the spotlight to sexuality and the continued elevation of relationship templates but with a new and heightened focus on the physicality of Love.

For Twin Flames the focus on Union shifts to increased physical encounters – but unfortunately this is not highlighted to be widespread lasting reunions at this time.

What we’re most often dealing with are on-again-off-again sexual encounters with a transformative healing purpose, driven by an intense passion and soul desire to come together.

As you know, Twin Flames are here on earth in part to uplift and elevate old dysfunctional programming from the planet’s heavy history with the power of Unconditional Love.

The last part of 2017 into September 2018 the energetic theme shifts into sexuality and physical relationships.

Twin Flames moving from being pioneers of love and uplifting the emotional relationship templates into assisting the collective through reforming and bringing online new blueprints and programming of a new and higher sexuality.

A heightened focus is shifting into wholeness of intimacy – pleasure not just from physical body intimacy but from emotional unity. Balancing the human paradigm of sexuality into something higher, bridging into the spirit and emotions.

As you may know Twin Flames are carriers of dormant codes of sexual union as spiritual bliss – a complete sexual unity beyond the physical genitals, into heart, soul, mind, spirit. A complete pleasure and unity reaching to all parts of the being. Every cell, every aspect of the being vibrating at the frequency of love – Bliss.

Many Twin Flames have not yet activated this “full pleasure unity” fully, due to fear blocks.

The dormant light codes in essence provide new templates for earth, to shift out of the ancient conflict patterns of man/woman and power issues around physical sexuality and into a new form of unity through sex as reaching beyond the body.

High vibrational sexuality. No shame, no guilt, no opposition. Complete trust, complete pleasure in soul, body and mind. Intimacy and sex as a gateway to the spiritual infinite self.

Sex will be a big topic in the period from September 2017 to September 2018. The high vibrational rehash of sex. Sex as an expression of love…

Are You Willing To Stand “Naked” And Defenseless For Love?

Many Twin Flames will in this coming period between September 2017-2018 also get the chance to experience reality behind the veil, that there are no boundaries when it comes to love.

That neither death, nor physical separation, can end love. (The 8th house is the domain of  Scorpio and of death/rebirth and the unconscious).

Spirit reminds us that this high vibrational “upgrading” of sexuality is a wonderful, amazing thing – but the problem is that as we have been born into human physical bodies we are not just able to “opt out” of the old ways.

Most of us have “issues” around sex, whether it’s beliefs that “men always cheat” or whether it’s body shame or fear of pregnancy or fear of getting “too close”… the problem is that these things aren’t just “ideas” – most of the old negativity around sex has been programmed into our physical bodies genetically.

In the period September 2017- September 2018 there will be substantial purging especially relating to Sacral Chakra, Heart Chakra.

Old hurt around sexuality, abuse and fear of vulnerability are being pushed up for resolution in order to clear the way for the new high vibrational sexuality to fully activate.

Again, daily energy clearing is my number one advice for making this process and all of Ascension as smooth and pleasant as possible.

The True Cause Of Twin Flame Separation

Whichever house Jupiter is occupying sets a strong theme for the year. Jupiter’s influence is expansive, high vibrational so these next 12 months are set to bring huge changes to the Twin Flame dynamic and to sexual relationships in general.

Spirit shows us underlying sexual motivations coming to light, including old trauma being pushed up to be released and healed. As old wounds and fear based motivations and hold-backs are released, relationships are uplifted.

We’re shown that although many Twins are unaware of this, it is strong underlying, unconscious sexual fears and blocks that have been pushing them apart into separation.

When we are afraid of laying ourselves bare in vulnerability with another – true intimacy – our unconscious faculties will keep drumming up drama to get distance.

So this year, if you have underlying fears regarding being completely defenseless with your Mirror Soul, expect this to be shown to you.

Again we are reminded separation isn’t “decreed” as a necessary stage of the Twin Flame Journey – it’s simply that fear has been triggered.

And until the fear is cleared properly, it will keep pushing you apart.

Insight And Connecting Through Dreams

Pay attention to your dreams this coming year, is another message we get, as Scorpio is the domain of the unconscious, dreams… the King of the Underworld.

You’re likely to feel drawn in this direction and notice your dreams intensifying.

Twin Flame Running and Separation has a chance of getting resolved this year… But we’re shown that it’s not a given for all, because it will require a willingness to go “into the darkness”, resolving shadows and healing the parts of ourselves that have been locked in fear.

Because this is what Twin Flame Running is all about – being triggered by unconscious fear memories. Inner work is incredibly powerful this year.

Old Love Returning “From The Dead”

As Scorpio is the house of death and rebirth, something or someone that seems to be gone, is also likely to be energized and return this year.

Not necessarily a person coming back to life, but meeting across dreams, meeting them in another guise, connecting deeper and feeling their presence more strongly. In a positive way. Or an old aspect of yourself rearising.

Jupiter always attempts to bring you what’s to your highest good.

If an old relationship intensifies and blossoms now, don’t be afraid. Spirit’s message is, when something or someone returns into your life again, it’s for a reason.

Often the purpose is to resolve something from the past that’s been holding you back.

If your relationship with your Twin is balanced and open, this year is set to be a time of blossoming as sexuality is intensified and strengthened – especially as Venus moves through Scorpio later this winter.

However, if there are unconscious blocks and fears of intimacy, fears of abandonment, these will continued to be shown up to you until you remove these blocks.

Like a blessing moving through all the houses of the zodiac, the high vibrational energy of Jupiter “blesses” each area of our lives in turn.

But sometimes the blessing must push blocks out of the way blocks before there’s room.

This is set to be a positive time of profound changes (Uranus is involved for much of the coming 12 months – pushing for change), but remember that the Twin Flame mirror is always honest.

Do your best to look beyond the 3D illusion of conflict and fear now, and this high vibration Jupiter energy will boost your connection rather than keep showing up underlying problems over and over.

Why The Twin Flame Mirror Can Feel So Cruel

At the time when Jupiter enters Scorpio, we also have two planets in Libra house of relationships squaring Pluto.

In other words: We’re being shown that what’s causing dissonance in our relationships has to do with deeper, unconscious motivations regarding identity, self and how we look at the world.

The perspectives and beliefs we took on in childhood regarding who we were and what to expect of the world, have been causing disharmony in relationships.

If you’re a person who feel bad about yourself, like you’re somehow “wrong” deep down and that the world is a bad place – you will not find it easy to find love with another.

Because no matter what the other person does, they will be a mirror reflecting these negative feelings back to you.

A relationship is always a mirror. As within, so without.

So when two people whose inner motivations revolve around lack and fear they will only keep triggering upset in one another.

The Secrets Of The Inner Dynamic

This is why so few relationships are truly blissful, is spirit’s insight. It’s because the two people bring so much baggage and distorted perspectives into the relationship.

And this is why The Twin Flame Mirror can feel so cruel – really, it’s your own shadows reflected to you on some level…

So already, Pluto is working to help us release these old damaging materials. And it’s not something we can “think” our way to – it will keep being shown up until we heal and release this for good on an emotional, energetic level.

Working with the inner child is an amazing way to uplift your relationship both with yourself and others.

When we access the inner child, we often get insights we had completely overlooked, and that have the power to unlock our situation and elevate the Twin Flame dynamic into greater harmony.

Have You Been Thinking “What’s The Point”?

Later into the week we have some Saturn interactions that can feel heavy, tending to pessimism…

But instead of taking things at face value and accepting the feeling of “impossible”, look deeper and see that what’s really happening right now is that old excess baggage is being shown up to you.

Your own negative thinking is likely to be shown up to you strongly right now – if you on any level have had thoughts like “why bother”, “what’s the point”, “it’ll never happen” and so on… expect Saturn to show these up to you now.

Because the truth is, nothing is impossible.   Yes, some things require more maneuvering but as an infinite soul in a human body you can shape and influence energy and circumstances.

It really is a question of clearing the blocks, setting strong intentions and staying in alignment.

Thank you for posting this 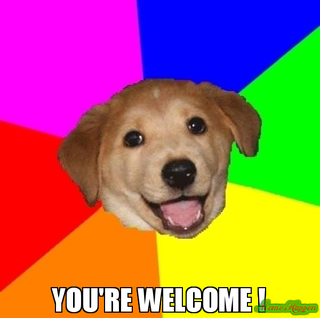