For starlings and meerkats in the Kalahari Desert, the fork-tailed drongo, a songbird with glossy black feathers and garnet-red eyes, is like the neighborhood dog: a trustworthy pal that's always on the alert and ready to warn you about dangerous predators. Except when it's lying. Because sometimes drongos, which are about the size of a scrub jay, make false alarm calls, causing their listeners to drop whatever juicy morsels they were dining on and flee the scene. Meanwhile the deceptive birds have swooped in and made off with their victim's meal. (Related: "The Bird That Cries Wolf Changes Its Lies")

Indeed drongos are notorious among wildlife observers for their thieving ways. But sometimes the birds call "hawk" too often, and like the boy in Aesop's fables who cried "wolf" one too many times, they discover that no one's paying attention.

Now researchers report in Science that when that happens, the clever birds deploy another trick: They imitate their victim's alarm call or that of another species. The discovery reveals that drongos are paying surprisingly close attention to their target's responses to their calls—perhaps even employing a type of sophisticated cognition that researchers usually reserve for humans only.

"It's a really cool study," says John Marzluff, a wildlife biologist at the University of Washington in Seattle. "It's the most sophisticated example of vocal deception, outside of my own species, that I've ever seen."

To study the drongos' alarm calls, Tom Flower, an evolutionary biologist at South Africa's University of Cape Town, has habituated and banded about 200 of the birds in the Kuruman River Reserve in the Kalahari Desert. (It's the same area occupied by the meerkats in the television series Meerkat Manor.)

Flower has trained individual drongos to come to him when he calls. In return, he gives the bird a tasty mealworm; then the drongo leaves to go about its usual, natural tasks: flying up from its perch to catch insects, and following other bird species or meerkats. Flower goes with them.

So he's often there when a drongo utters its loud, metallic alarm cries. Because drongos perch on tree limbs, they're often in good positions to spot raptors—and wise meerkats and other birds pay attention. They eavesdrop on the drongos, racing for cover if a drongo shouts a warning.

"They generally react the same way to a drongo's alarm call as they do to the alarm call of a member of their own species," Flower says.

Scientists know that this arrangement can be beneficial for the eavesdroppers: Because they don't have to spend as much time looking out for predators, they have more time to forage There's just one problem: Sometimes the drongos' alarms are false.

If a drongo is following a meerkat, for instance, and the small mammal turns up juicy larvae or a gecko, the drongo is likely to switch from honest sentry to deceptive thief.  Indeed drongos get as much as 23 percent of their daily food by making false alarms and stealing their target's dinner.

Sometimes drongos can deceive their victims by using their drongo alarm call. But after a while, if the drongo has called repeatedly, the targets stop responding. That's when the bird tries another tactic: vocal mimicry.

Drongos have an arsenal of alarm calls of numerous species, including birds and mammals, Flower has discovered. They probably acquire these by learning. Some of those species make a variety of warning calls (different alerts for hawks, for instance, or jackals), as do the drongos—and the birds mimic these as well, giving them a total of 51 different alarm calls.

To find out why drongos need such an extensive repertoire of calls, Flower and his colleagues carried out several playback experiments, using the alarm calls of drongos (both their own and those they mimic).

For instance, the scientists measured the length of time a pied babbler stayed away from a tasty tidbit it had been handling after it heard a recording of a drongo making a warning cry, or a drongo imitating a babbler's alarm call, or that of a starling. Tellingly, the babblers stayed away longest when the mimicked alarm was their own or a starling's.

The babblers also ignored alarm calls after they heard one type—such as a drongo's alarm—three times. They dashed away, however, if the third alarm was made by a species they'd not previously heard, such as a starling (again, imitated by a drongo). Next, Flower and his team followed 42 banded wild drongos, recording the birds' calls on 151 occasions when they tried to steal food repeatedly from the same target. On 74 of these occasions, the drongos switched to a different alarm call. A drongo might, for instance, give two alarm calls of its own; if the target didn't flee, the bird would then utter the alert of a different species—often the alarm of its target—a switch that usually sent the victim fleeing.

The birds are thus able to "cry wolf for longer periods than if they simply repeated the same alarm call," says Dorothy Cheney, a primatologist at the University of Pennsylvania.

Flower doesn't know what the birds are thinking as they switch among their manipulative calls, but he doubts that they're changing calls intentionally. "They're paying attention to their targets, and they change what they're doing based on the feedback they receive," he says.

If the birds were human, we would say that drongos are capable of "theory of mind"—that is, of recognizing that other beings have different mental states. "That's the most generous explanation" for their talent, Cheney says.

Flower raises the theory of mind possibility in his paper, but like Cheney, he doubts that drongos truly have this capability, which has yet to be fully shown in any animal other than humans. "It's still incredible," he says, "that some animals, like the drongos, apparently accomplish complex behaviors using simple mechanisms such as associative learning or perhaps an understanding of cause and effect."

Overall, says Con Slobodchikoff, an animal behaviorist and emeritus professor at Northern Arizona University, in Flagstaff, the study adds to the "mounting evidence that animals have a lot more linguistic and cognitive capabilities than they're usually given credit for."

The Drongo is the Kalahari's greatest trickster and the meerkats are his victims of trickery but first he must win their confidence... Taken from 'Africa' 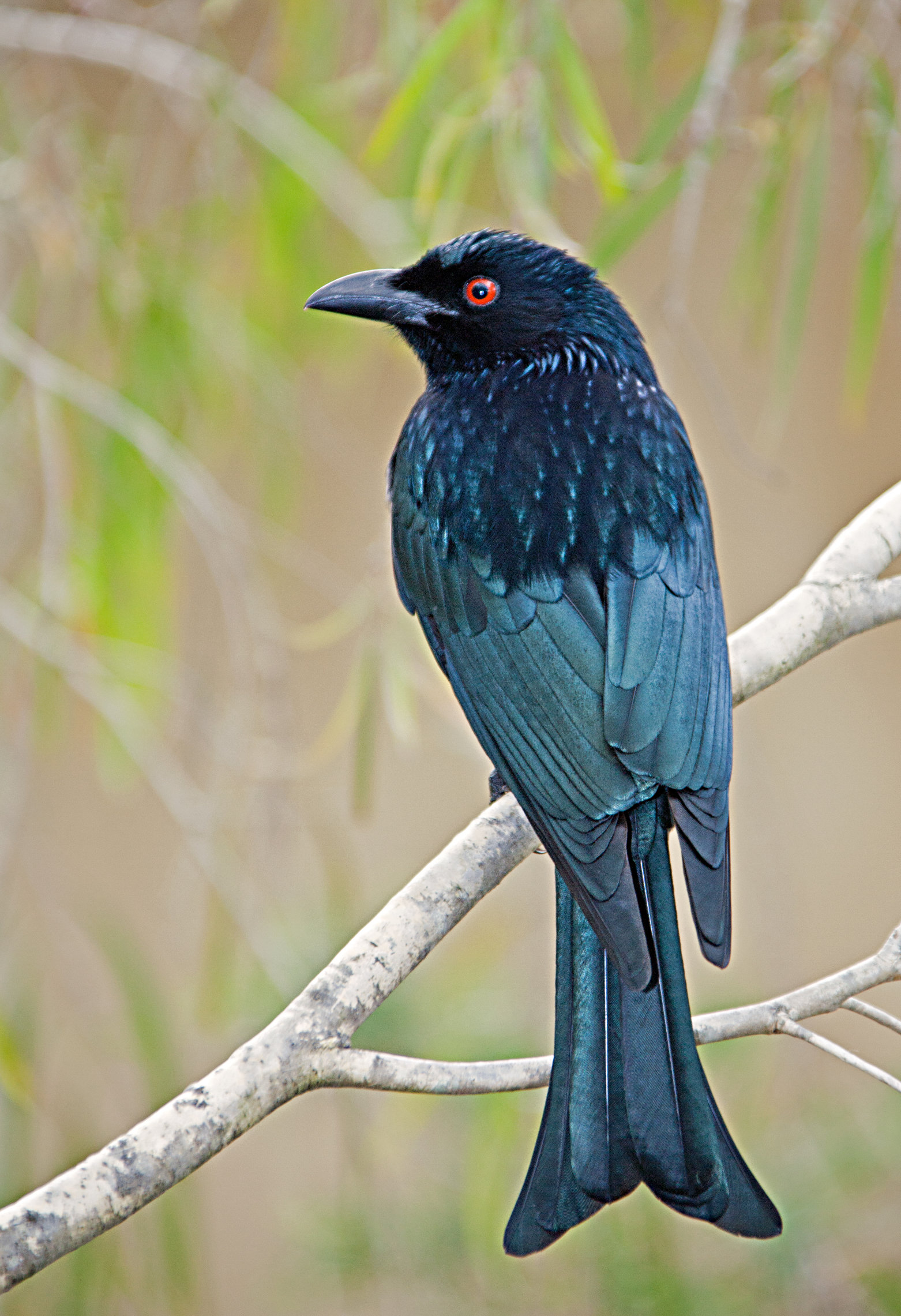