Peace is the marriage of the people and the planet, with all attendant vows.
— Anonymous

In some ways, the challenges are even more daunting than they were at the peak of the cold war. Not only do we continue to face grave nuclear threats, but those threats are being compounded by new weapons developments, new violence within States and new challenges to the rule of law.
— Kofi Annan

The first peace, which is the most important, is that which comes within the souls of people when they realize their relationship, their oneness with the universe and all its powers, and when they realize that at the center of the universe dwells the Great Spirit, and that this center is really everywhere, it is within each of us.
— Black Elk (1863-1950)

There is no time left for anything but to make peacework a dimension of our every waking activity.
— Elise Boulding

Do you know what astonished me most in the world? The inability of force to create anything. In the long run the sword is always beaten by the spirit. Soldiers usually win battles and generals get the credit for them. You must not fight too often with one enemy, or you will teach him all your art of war. If they want peace, nations should avoid the pin-pricks that precede cannon shots.
— Napoleon Bonaparte (1769-1821)

We know how to organize warfare, but do we know how to act when confronted with peace?
— Jacques-Yves Cousteau (1910-1997)

Human Beings, indeed all sentient beings, have the right to pursue happiness and live in peace and freedom.
— The XIVth Dalai Lama

Peace, in the sense of the absence of war, is of little value to someone who is dying of hunger or cold. It will not remove the pain of torture inflicted on a prisoner of conscience. It does not comfort those who have lost their loved ones in floods caused by senseless deforestation in a neighboring country. Peace can only last where human rights are respected, where people are fed, and where individuals and nations are free.
— The XIVth Dalai Lama

The most disadvantageous peace is better than the most just war.
— Desiderius Erasmus (1469-1536)

It is easier to lead men to combat, stirring up their passion, than to restrain them and direct them toward the patient labors of peace.
— Andre Gide (1869-1951)

We look forward to the time when the Power of Love will replace the Love of Power. Then will our world know the blessings of peace.
— William Gladstone (1809-1898)

If we are peaceful, if we are happy, we can smile and blossom like a flower, and everyone in our family, our entire society, will benefit from our peace.
— Thich Nhat Hanh

Peace-making is a healing process and it begins with me, but it does not end there.
— Gene Knudsen Hoffman 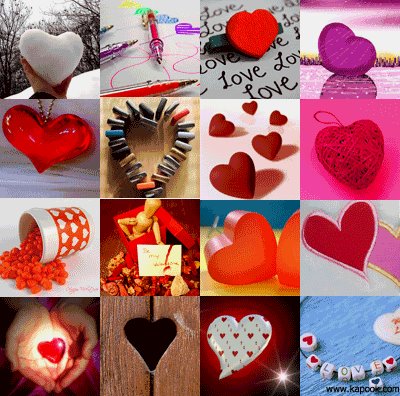 This collection is a rich bouquet. I am inspired to discuss some thoughts about peace - looking to the William Gladstone quote. The Power of Love is all-embracing. As a reversal on the Love of Power, well taken. But how love is played out in the push and pull of relationships is worth closer scrutiny. Both marriages and wars are romantic. The love of power is a function of romanticism in a broad way, according to themes of our entertainments as well as Real Politik. The alternative to that would be partnership. Honest, trustworthy partnership. This is why romantics mourn peace without love around as much as they're bound to mourn love without peace.