How to Get Your Cat to Dance

Some cats are natural dancers. My Zorro (the suspected Ragdoll) was born with dancing talent. He LIVES to dance and to move his feet. In fact, he’d much rather do this than eat. Food is not the motivator for Zorro — it’s human attention, tactile interaction, and the ability to speak and dance with his paws.

How do I get Zorro to dance? It’s easy. It depends on your cat, but I hope some of these tips work for you. Work with what you have. Every cat’s dance will be different. And “dancing” can mean different things when it comes to cats.

Pick a cat who loves to show off

This should be a confident cat who loves interaction and movement. Zorro is tuned into any human attention. All I have to do is look at him. He locks eyes, and he stops whatever he is doing and comes to me. Zorro has no fear of the limelight and is not afraid to seek attention. 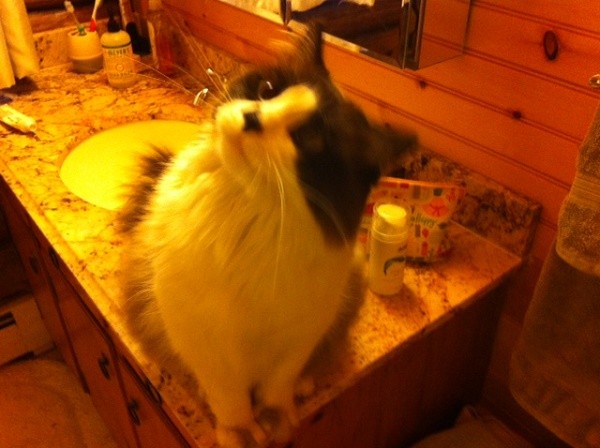 Intense eye contact is established, and Zorro is ready to begin. 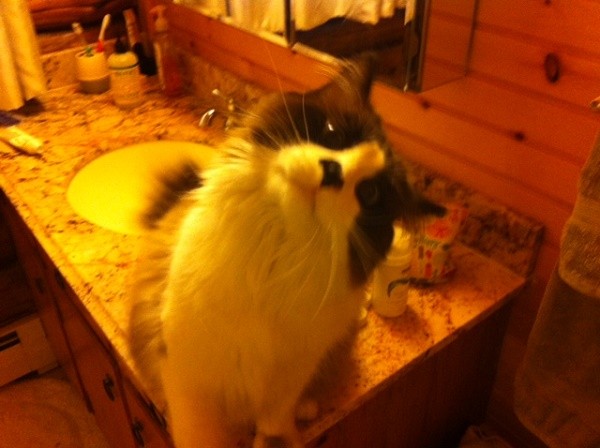 Add a tilted head, and it gets more intense.

Pick a cat who loves to use his or her body

I’m lucky. Not only does Zorro love attention, but he’s one of the most body-oriented cats I’ve ever known. Ragdolls are known for their love of flopping and expressing themselves through, and Zorro is no exception. I sometimes think he is trying to talk through his torso and paws. He will flop on a moment’s notice. He waves his paws continuously and loves to do high fives.

Such a cat is a perfect candidate for dancing. 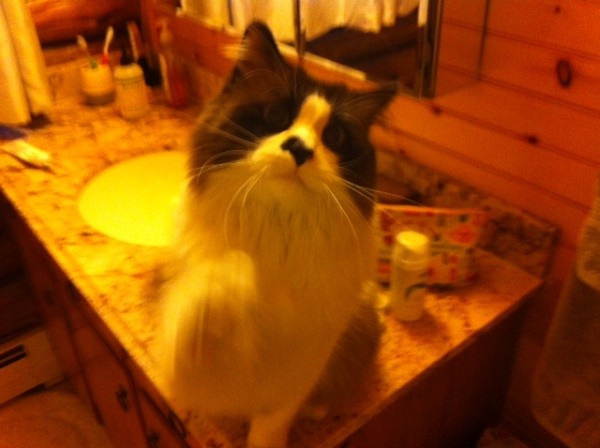 The paw comes up, and now the dancing begins. Flopping might ensue, or both paws might go up at once.

It could be said that any location is enticing for Zorro, but one thing he loves to do is sit on the very edge of a counter and reach for something. This is often where we do our “dancing.” I get Zorro right to the edge of the counter, and he loves to reach for a raised hand (a version of a high five). Let the dancing begin.

This is the perfect place to use a toy to entice your cat to dance some more. We usually use the Feline Fisher toy. For as dance-y as Zorro is, he was quite klutzy at first when learning to play with that toy. He has gotten much more coordinated and fast. 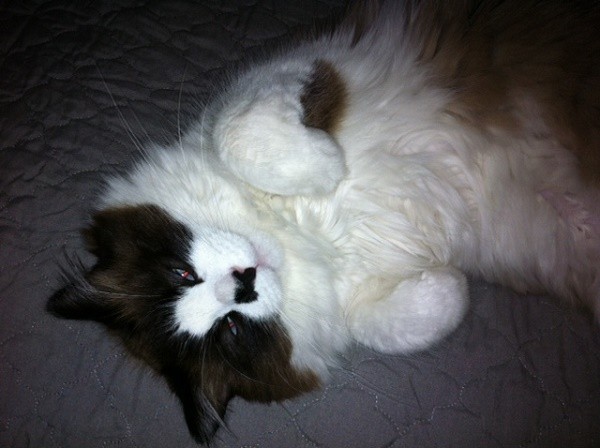 Zorro is waving his paws — another form of dancing.

Add a song, bob around, and engage your cat

It gets silly here. Zorro is pretty easy to engage because he’s so physically inclined. But sometimes when we play with him, we add our own song and dance. I might wave my hand to the rhythm of the song, and Zorro will wave his paws in sync with my hand. We have a special song that my husband once created for Zorro, and we sometimes sing it when we play with him. We dance, too. Yes, we’re odd … and we love music.

Tempt your cat to jig on the floor if you don’t want him on the counter, or if he likes to move around on the floor. Use a toy, such as the Fisher or a feather toy, but do it in rhythm to some music you play. It’s great fun to move to the music and watch your cat dance.

Realize that for some cats, dancing might mean that they’re sitting on their hind legs and lifting a paw. Perhaps they’re head-butting you. Rama is one cat like this. It’s on HIS terms that he uses his body, and I’ve gotten real tuned into when he wants a head butt. I jump for that moment, to take advantage of his (temporary) trusting and generous mood.

Dance with your cat if he won’t dance

Guilty. I have held a cat and danced to music with him. I love this, even though I don’t think it’s every cat’s cup of tea. If you love to dance, what could be better than gliding around a room, cat in arms? Call me weird — I LOVE this. 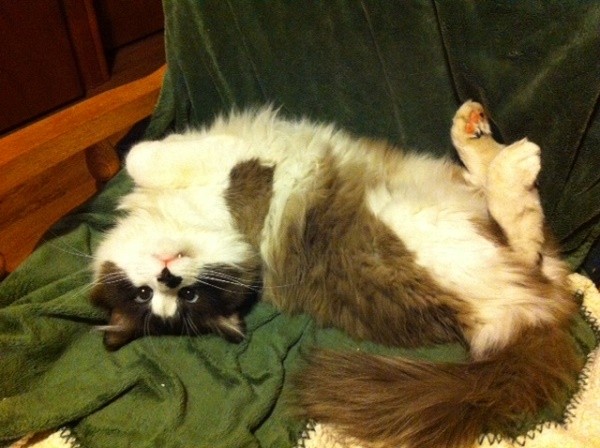 Zorro lives to communicate through his body — flopping is part of that.

If your cat is absolutely not interested in being tempted to dance (or being held to dance), you might have to dance by yourself and let your cat watch. This is still fun … and sometimes the cats do seem to enjoy it. There are those humans, being crazy again.

Does your cat love to dance? How do you encourage it or participate?