Venture with us to other worldly realms.
Lets go beyond the veil into the unknown.
Where ghosts & spirits linger & lurk in the shadows,waiting to get your attention.
Do you see apparitions?
What about Shadowpeople? Facebook User Shoots Live Footage Of Multiple UFOs In Front Of Her Condo In Baja, Mexico

The Most INSANE UFO Footage Ever Caught OR Too Good To Be True? {VIDEO}

Is this An Alien Satellite In Deep Space?

UFO CRASH AT TUNGUSKA - The MOVIE with BONUS EXTRAS!

Leaked Military Report: UFO ‘Rendezvoused’ With Something Big Under Ocean

Leak Proves “They” Are Here… {VIDEO}

It’s Official – We Now Know That UFOs or UAP Are Real – So Are They Extraterrestrial or Not?

Erie Board of Trade, A Ghost Ship in Saginaw Bay, Michigan

Phantoms of the Pony Express at Hollenberg Station - Hanover, Kansas

You need to be an initiate of Spirit Realm to add comments! There are two stories I like to tell about Owls Head, one about an unusual rescue and one of a dog. In December of 1850, during a fierce storm, five ships went aground in Penobscot Bay. One in particular, a small schooner, broke free from its cables and smashed into the rocks. Three people were aboard, First Mate Richard B. Ingraham and his fiancee Lydia Dyerin, and a seaman named Roger Elliot. They stayed together on the deck of the ship, with their arms wrapped around each other, huddling under a blanket. As the schooner broke apart, the half frozen Elliot escaped and made it to shore. The Keeper was driving by at the time and found him, half frozen. Having been told of the other two left on the ship, the keeper went out to the boat with help from a dozen others. On reaching the shore, the party found Ingraham and his fiancee frozen solid in a coffin-like block of ice. They hauled the couple in their ice-encrusted tomb to the lighthouse, put them in a tub of water and chipped away at the ice. Slowly they raised the temperature of the cold water, kept moving the couples' arms and legs and eventually they started showing signs of life. The two miraculously made a full recovery. They later were married and went on to have four children.

A Springer Spaniel named Spot belonged to Keeper Augustus Hamor, and took great pleasure in pulling the rope of the fog bell for his master. This became Spot's job, which he did with great diligence. Come the fog, Spot would bound out and pull the rope tirelessly. One stormy Christmas, the mail boat out of Matinicus was late, due to the fog. Spot heard the boat, and ran out to do his self-appointed duty. Unfortunately, due to the storm, the rope was frozen and he couldn't pull it. Spot ran out to the edge of the cliff and started barking loudly. The mailboat's captain heard him, and realized where he was and turned before he hit the rocks. When Spot died, he was buried near the fog bell on the side of the cliff.

The Haunted Lighthouse That Wasn't

Sometimes, there really is an explanation for a ghost. Carysfort Reef Lighthouse in the Gulf of Mexico, off the Florida Keys, was built on a coral reef after two lightships were destroyed by hurricanes. It was the first of what is known as a screwpile lighthouse and isn't very attractive, but it served its purpose. It's built out of metal and is anchored to the reef. During or just after its construction, a Captain Johnson died. He was said to be a great sinner, denied entrance to heaven and doomed to roam the lighthouse and reef forever.

The light came on in March of 1852, and a few weeks later the eerie presence of what was assumed to be Captain Johnson made itself known. The screeching and groaning manifested itself in the evening, as the keepers lit the light, and cooler air arrived. The groans and shrieks occurred every night, jarring the keepers awake. But no one ever saw anything, and as the autumn arrived, the sounds disappeared. Until the next year, when about April, they started up again.

This went on for 75 years, with each keeper putting up with the sounds, knowing that Old Captain Johnson would disappear with the coming of autumn. In 1924, a young man who had been fishing near the lighthouse, was invited to dinner and to spend the night by its keepers. Shortly after going to bed, Captain Johnson started his moaning and groaning. Terrified, he ran up the tower and confronted the watchman, who just shrugged and told him the story of the resident ghost. The other keeper never even bothered to wake up.

This young man, being a skeptic, didn't accept the story. Because Captain Johnson only appeared during the hot weather, when the air was cooling off, and wasn't heard in the fall and winter when the days were cooler, the young man came to the conclusion that it was the joints expanding during the hot days, and as the cooler evening air approached, the joints would contract, leading to the very human sounding moans and groans. Because this didn't happen during the winter months, when the temperatures were more even, he came to the conclusion that Carysfort Reef Light wasn't haunted. However, the lightkeepers took his explanation with a grain of salt, and kept an open bible on the table, just in case Captain Johnson really was wandering the tower.

As more screwpile lighthouses were built, the phenomenon was heard over and over again in the hotter climes. So while a good story, unfortunately Captain Johnson doesn't remain.

This video is a conversation using an EMF meter. I haven't been over all the recordings yet. But I will soon as I have the time. This was so worthy of a video I couldn't wait to post it. 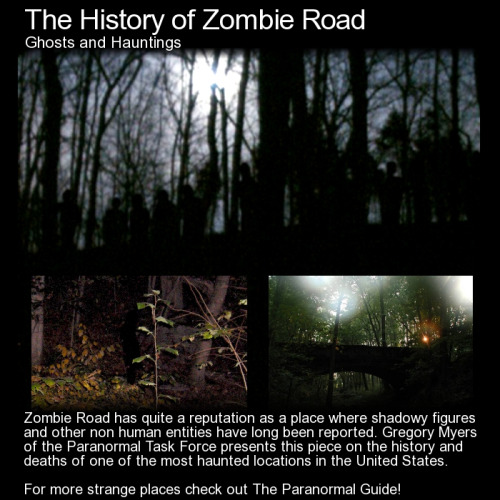 This is Gertrude The Haunted Doll resides in Ed & Lorraine Warrens haunted museum collection. Not as popular as Annabelle but a strong presence this Doll gives off. Would you take it home for a night if asked? - Southside Paranormal Society