I'm about to hand off to my publisher iUniverse my version of the final draft of Volume 3 of the "Jewels of Truth" series. From there it takes another month more or less to type set into book form. With some minor alterations if any on my end or there's in the publishing process. Let's hope Volume 3 publishes sometime in the month of March of this year!

DREAM OF THE BIG HAIR PRIESTESS ( A NEW FILM ) I had a pretty bad episode of being pissed off today but sometimes you've just had enough and fuck it if people think you came off looking like some kind of raving prick.

It was all over bad cellphone etiquette.  Now I fucking HATE cellphones for the most part and here's why .  What the fuck is so…

January is such a dreich month. No matter how hard it tries its still the same. Maybe after all the glitz and decorations and glamour of the Christmas season ,it is more obvious how dreich january really is. Even if we hung some glittery decorations or twinkling fairy lights this month would still be grey and miserable.. once january has slowly and inexorably passed we come into February ,the shortest month.perhaps it is right that january is such a dark month to balance up the light,… I know the accusations have passed me a number of times, and probably more often than I know. I won't lie, though. I am arrogant, but I don't think I'm superior, I certainly don't play up some…

SELF RESPECT VS SELF ESTEEM

Why Is Self-Respect More Reliable Than Self-Esteem? | The Gremlin/The Judge/The Inner-Voice | Self-Respect

There has been great focus on self-esteem in pop psychology. Unfortunately, as is often the case with popular buzz words the public grabs hold of, the understanding tends to be superficial. Self-esteem is not self-respect. We consider there to be very marked difference between the…

One of the fascinating concepts in the philosophy (or religion) of Thelema is the mathematical formula (-1) + (1) = 0.

Not only does it make sense as it is, but nature reflects it, as well. Even beyond nature, it is spiritually valid. The naught does not mean nothingness, or nonexistence, though. It…

Hope is a malignant force...

Hope is a malignant force that keeps us stagnant and doe-eyed
before the celebrity messiah. It deludes us into giving up our last
piece of bread for the promise of a loaf. It's the flashing neon
sign of "SALVATION" over the dark, dusty door to despair.

How are you tuned?

“The joy of life consists in the exercise of one's energies,
continual growth, constant change, the enjoyment of
every new experience. To stop means simply to die. The
eternal mistake of mankind is to set up an attainable ideal.”
— Aleister Crowley…

Some words on writing...

There's a reason why wizards and sorcerers and sibyl seers use their
hands when depicted in movies. There is a very direct connection between
the mind (the orchestra) and the hand (the conductor).…

Sometimes I have to wonder if my words are my own…

Jewels of Truth Statement: "Heaven Is The Intention To Be With God Always"

Many of us strive for a world of our own making that is pleasant, if not challenging in the best sense possible. To build our lives around a sense of remarkable purpose by having a positive impact on the world. Many of us do this day in and day out with hardly ever a thank you from our peers or our loved ones. It seems only when we receive a genuine "I Love You" from a child, spouse, assorted relative, or friend. Then the world becomes a more so tolerable place…

DIARY OF A LIAR Part 6 Freedom From Religion, What A Concept

" We may not be able to achieve Immortality, but we can achieve Reality. "  Alejandro Jodorowsky

Fact is, I haven't the slightest idea of how or who or when and why I…

Listen To The Opinions of Others 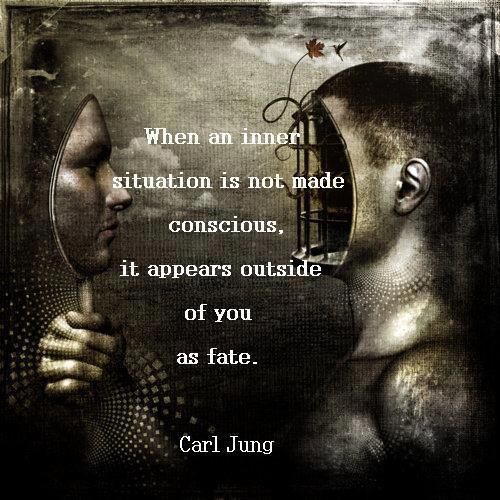 Are you a Warrior or a Wimp?