I wasn't going to let this month of September pass us by without an entry of my favorite segment of "Jewels of Truth Statements & Favorite Quotes of the Month".  In a continuation this month's trio of spiritual wisdom statements are found within "Jewels of Truth: The Journey of the Soul Continues" published earlier this year.

Thanks all.. Today is also Blasphemy Day  :)

HOW TO SURVIVE MERCURY RETROGRADE

HOW TO SURVIVE MERCURY RETROGRADE! Oh, Mercury retrograde. You are here, AGAIN. You have arrived on our collective doorsteps in all your messy glory. You are our dreaded but regular house-guest. You stagger in the door, kick over our furniture,…

Jewels of Truth Statement: "Miracles As The Living Essence of God Become Manifest"

Since I have this moment available I'll share again my most recent "Jewels of Truth" spiritual wisdom statement on the topic of Miracles. Being #2069 in the long count series written via clairvoyance earlier this morning with my Angels. I consider this as an ongoing discourse with the Angelic host I have readily available as my gift. Or in other words dribs and drabs of the eternal Good News remerging into our…

Jewels of Truth Statement: "In Union With The Divine Presence of God"

Today's "Jewels of Truth" spiritual wisdom statement is hot off the notebook just penned earlier this morning. As #2065 in the long count series. This statement at least to me feels more like it would fall under meditations and yet it neatly dovetails into mindfulness in essence. Like many of my works readers can surmise that the category for the statement is a bit off in how I selected it. Each missive with my… 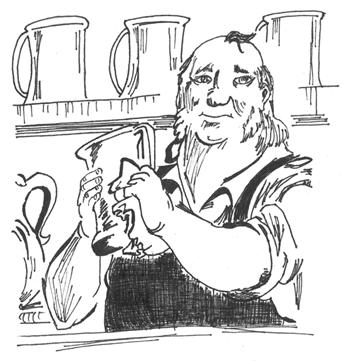 A younger fellow was at the pub... pounding down his drinks .. one after the other....

drunk.... and looking rather despaired.... and the waitress notices him.... and she asks him ..
"What seems to be the matter. you're always chatty and mellow with your drinks...are you having troubles ?"
.... and the lad says.. "I just failed my exams.. and…

I believe it was on Saturday August 29th that the world renowned self-help spiritual guru "Dr. Wayne Dyer" passed away in his sleep. I first started to follow his work in the late 1980's where I was exposed to his audio's over at "Nightingale Conant Corporation". Listening to him and also the late "Dr. Leo Buscaglia" inspired me a great deal during that time in my…

Many mirrors have I starred at along the way. Along they way a sickening path deluded by reflections of my peers. Including my own.  There aren't may words left to say but silence overruling my essence can only observe and comprehend.  Is this all really solid or is it simply mental constructs derived from the feeling of just how much we believe in ourselves...

"The soothing tongue is a tree of life"

Inspired by the “Mythology, Spirit and Permaculture”

Jewels of Truth Statement: "Heaven Becomes Everywhere Through Our Experiences"

Today's topic for a spiritual wisdom statement has been expressed countless ways in my past. However in order to hammer away on the topic in order to describe an Infinite realm of glory. Allows for nearly an endless amount of interpretations since not one understanding can fully comprehend the celestial firmament of the realms of pure goodness.