I was going to write about celeb. women that were noteworthy, but everyone does that.  So I decided to go with someone more familiar, my mum and my grandma.

My grandma was feisty, you'd never know it to look at her though.  She was the first woman to dare to wear a pantsuit back in the day when that sort of thing just was not done.  She got a part-time job cleaning houses to earn extra money for the home, though her husband, my grandfather objected strongly.  She did it anyway, I still remember her stopping by the house after work and having a cup of tea with my mum before she went home.  She'd always give me pennies out of her change purse.

My grandpa would never go anywhere, so Grandma would always just go by herself, she'd go to see her son Neil(uncle)and Joe once a month.  No one ever did tell her why Neil never married.  On a side note, I always wondered if Uncle Neil and Joe ever married, but since I am more or less estranged from my family except for a couple of cousins, I'll never know.

Going to her house overnight was fun, they had those huge feather beds upstairs, and there was always fresh milk and cream and butter(they had a cow)and a huge bowl of homemade cookies.  She'd give us fizzes to drink, or we'd pump a glass of water from the pump outside. My mum was pretty special too.  She was always there for anyone that needed her.  If someone dropped in for dinner, there was always enough to go around, one way or the other.  If neighbors needed food, she'd give it to them, always.  If someone was laid up and ill, she was there.  And since she sold Avon for over 20 years, she pretty much knew who needed what.

She always made the relationship my dad had with my sister, seem normal.  Though she was forever trying to get dad to bond with me.  Once she passed I realized it didn't work, sadly.  But my dad and my sister always had a 'special' relationship.  I'm probably lucky he didn't have that with me.  I was not ever able to prove this, but I always could tell.  I do know mom never knew this.

She didn't understand a whole lot, but she never judged people.  When she got Ovarian Cancer, she got out there one person at a time and educated people about this insidious disease until she couldn't anymore.  All the people she had helped through her life came around to help her then.  When it came close and she knew she was dying, she planned her funeral right down to the hymns and no casket and gave it to our then pastor so he would know.  She knew my dad would want a big tear fest and she was trying to avoid it a bit.

My mom was the one to tell me to be a democrat, they were republican, but I had just graduated high school and I needed a job, the democrats were in office more in 1976 and she figured if I wanted a state job it would be easier.

Though she spent her life as a Christian, I tend to think, after the shock, she would

have accepted my becoming a witch.  I've always had the feeling she would have been

a great witch, and possibly was in another life, just a feeling I've always had. She had a lot of gifts she didn't even know she had.  I know she was empathic, she'd have to isolate herself from the news a few weeks at a time because she just couldn't take it anymore.  Don't get me started on her knack with the weather.  lol  I know she'd hate what is going on now with president Bone Spurs in the US.

So, who are your favorite, inspiring women? 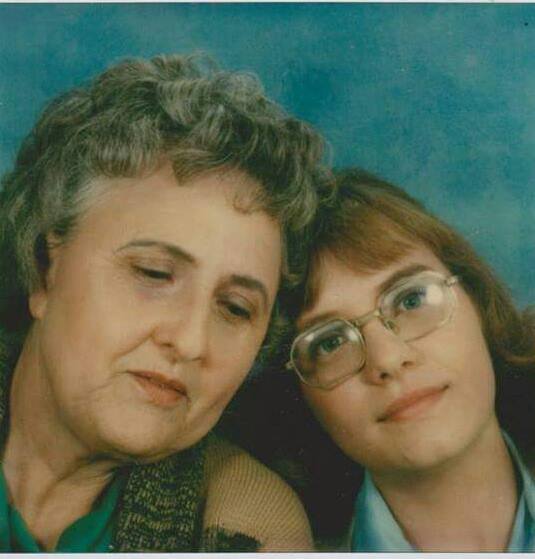 Lovely to read about your mother and your adventures Linda. Thanks for letting us have a window into your memories ♡♡♡