Being A Girl: A Brief Personal History of Violence

I am six. My babysitter’s son, who is five but a whole head taller than me, likes to show me his penis. He does it when his mother isn’t looking. One time when I tell him not to, he holds me down and puts penis on my arm. I bite his shoulder, hard. He starts crying, pulls up his pants and runs upstairs to tell his mother that I bit him. I’m too embarrassed to tell anyone about the penis part, so they all just think I bit him for no reason.

I get in trouble first at the babysitter’s house, then later at home.

The next time the babysitter’s son tries to show me his penis, I don’t fight back because I don’t want to get in trouble.

One day I tell the babysitter what her son does, she tells me that he’s just a little boy, he doesn’t know any better. I can tell that she’s angry at me, and I don’t know why. Later that day, when my mother comes to pick me up, the babysitter hugs me too hard and says how jealous she is because she only has sons and she wishes she had a daughter as sweet as me.

One day when we’re playing in the backyard he tells me very seriously that he might kill me one day and I believe him.

I am in the second grade and our classroom has a weird open-concept thing going on, and the fourth wall is actually the hallway to the gym. All day long, we surreptitiously watch the other grades file past on the way to and from the gym. We are supposed to ignore most of them. The only class we are not supposed to ignore is Monsieur Pierre’s grade six class.

Every time Monsieur Pierre walks by, we are supposed to chorus “Bonjour, Monsieur Sexiste.” We are instructed to do this by our impossibly beautiful teacher, Madame Lemieux. She tells us that Monsieur Pierre, a dapper man with grey hair and a moustache, is sexist because he won’t let the girls in his class play hockey. She is the first person I have ever heard use the word sexist.

The word sounds very serious when she says it. She looks around the class to make sure everyone is paying attention and her voice gets intense and sort of tight.

“Girls can play hockey. Girls can do anything that boys do,” she tells us.

We don’t really believe her. For one thing, girls don’t play hockey. Everyone in the NHL – including our hero Mario Lemieux, who we sometimes whisper might be our teacher’s brother or cousin or even husband – is a boy. But we accept that maybe sixth grade girls can play hockey in gym class, so we do what she asks.

Everything about the day is grey: the sky, the rain, the street, the concrete side of the École Polytechnique, the pictures of the fourteen girls that they print in the newspaper. My mother’s face is grey. It’s winter, and the air tastes like water drunk from a tin cup.

Madame Lemieux doesn’t tell us to call Monsieur Pierre a sexist anymore. Maybe he lets the girls play hockey now. Or maybe she is afraid.

Girls can do anything that boys do but it turns out that sometimes they get killed for it.

I am fourteen and my classmate’s mother is killed by her boyfriend. He stabs her to death. In the newspaper they call it a crime of passion. When she comes back to school, she doesn’t talk about it. When she does mention her mother it’s always in the present tense – “my mom says” or “my mom thinks” – as if she is still alive. She transfers schools the next year because her father lives across town in a different school district.

Passion. As if murder is the same thing as spreading rose petals on your bed or eating dinner by candlelight or kissing through the credits of a movie.

Men start to say things to me on the street, sometimes loudly enough that everyone around us can hear, but not always. Sometimes they mutter quietly, so that I’m the only one who knows. So that if I react, I’ll seem like I’m blowing things out of proportion or flat-out making them up. These whispers make me feel complicit in something, although I don’t quite know what.

I want to stand up for myself and tell these men off, but I am afraid. I am angry that I’m such a baby about it. I feel like if I were braver, they wouldn’t be able to get away with it. Eventually I screw up enough courage and tell a man to leave me alone; I deliberately keep my voice steady and unemotional, trying to make it sound more like a command than a request. He grabs my wrist and calls me a fucking bitch.

After that I don’t talk back anymore. Instead I just smile weakly; sometimes I duck my head and whisper thank you. I quicken my steps and hurry away until one time a man yells don’t you fucking run away and starts to follow me.

After that I always try to keep my pace even, my breath slow. Like how they tell you that if you ever see a bear you shouldn’t run, you should just slowly back away until he can’t see you.

I think that these men, like dogs, can smell my fear.

On my eighteenth birthday my cousin takes me out clubbing. While we’re dancing, a man comes up behind me and starts fiddling with the straps on my flouncy black dress. But he’s sort of dancing with me and this is my first time ever at a club and I want to play it cool, so I don’t say anything. Then he pulls the straps all the way down and everyone laughs as I scramble to cover my chest.

At a concert a man comes up behind me and slides his hand around me and starts playing with my nipple while he kisses my neck. By the time I’ve got enough wiggle room to turn around, he’s gone.

At my friend’s birthday party a gay man grabs my breasts and tells everyone that he’s allowed to do it because he’s not into girls. I laugh because everyone else laughs because what else are you supposed to do?

Men press up against me on the subway, on the bus, once even in a crowd at a protest. Their hands dangle casually, sometimes brushing up against my crotch or my ass. One time it’s so bad that I complain to the bus driver and he makes the man get off the bus but then he tells me that if I don’t like the attention maybe I shouldn’t wear such short skirts.

I get a job as a patient-sitter, someone who sits with hospital patients who are in danger of pulling out their IVs or hurting themselves or even running away. The shifts are twelve hours and there is no real training, but the pay is good.

One time an elderly man asks me to fix his pillow and when I bend over him to do that he grabs my hand and puts it on his dick.

When I call my supervisor to complain she says that I shouldn’t be upset because he didn’t know what he was doing.

A man walks into an Amish school, tells all the little girls to line up against the chalkboard, and starts shooting.

A man walks into a sorority house and starts shooting.

A man walks into a theatre because the movie was written by a feminist and starts shooting.

A man walks into Planned Parenthood and starts shooting.

A man walks into.

I start writing about feminism on the internet, and within a few months I start getting angry comments from men. Not death threats, exactly, but still scary. Scary because of how huge and real their rage is. Scary because they swear they don’t hate women, they just think women like me need to be put in their place.

I get to a point where the comments – and even the occasional violent threat – become routine. I joke about them. I think of them as a strange badge of honour, like I’m in some kind of club. The club for women who get threats from men.

Someone makes a death threat against my son.

I don’t tell anyone right away because I feel like it is my fault – my fault for being too loud, too outspoken, too obviously a parent.

Even when a man makes a choice to threaten a small child it is still, somehow, a woman’s fault.

I try not to be afraid.

I am still afraid. 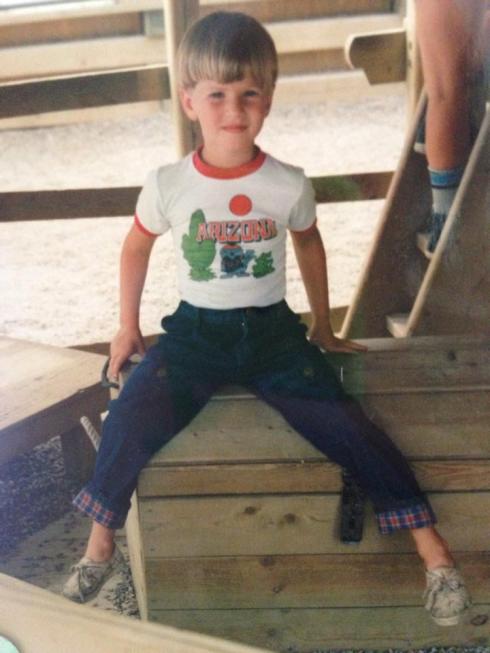 Trust me Karen, I was born a scared little mouse.  It took me years to get to the woman I am today.  And for the longest time, I faked it....until it came natural.

Lara, we all do what works for us.  Sometimes in the glare of discrimination, we lash out with all that is in us.  To many it doesn't make sense, but we do what we have to do.

Comment by Karen Black on July 24, 2017 at 4:07pm
Linda, thank you for your response. I honestly thought that we are all born confident but some people get that confidence "battered" or "knocked out " of them somehow.
Lara, I would be interested to read any articles you can find, or write, which give the opposing view :- men who feel that women have some how "held them back" since childhood. I think it would provide a balance and contrast to this piece.

When you are a feminist(I am)you always have to overstep at first, until you get what you want.  You have to be more militant.  It's the same thing as when you go to trial.  You pad the case with a bunch of stuff you don't want, to end up with what you do want, in the end.  Lara, perhaps you could do an opposite article, here and then cross post in the Abuse group?

Karen, not everyone is born confident of themselves.   Goddess knows, I wasn't.  It wasn't until I got much older that the confidence came.  Plus, when I was younger, we were taught to 'let things go,' don't cross them men. Writing this blog freed her, and made it easier for her to deal with the issues.   I've written a blog/discussion here too.  A few of them.  It's a way to free yourself and get it out into the open.  And when you do this, you realize not everyone will agree.

Comment by Karen Black on July 24, 2017 at 3:55am
I think this woman's "problems with men" stem from her own lack of self-confidence. She does not sound like she was a confident child or teenager, nor a confident adult in actual life. (although possibly a "noisy" one online) I also think it was dumb of her to share stuff about her offspring online. By doing that she has turned him into a potential target for paedophiles and stalkers, more than if she had not mentioned him.