I PREFER MY OWN WISDOM

I PREFER MY OWN WISDOM 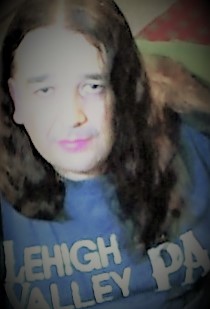 Cheers! Thank you for sharing, Zephonith!

To each human being, of course their own views! No determinants, nor any impositions to anybody at all! I simply shared as I see it, know it, experienced it and feel it to be for me, for myself. Ergo, I stand by each and every word, no apologies, no regrets, it is my life, my way for myself. Others, of course, based upon their own Culture, Evolution and Experience, they will own their own belief and language, values and ways of conduct! That's fine by me! But I stand by my Wisdom for myself! Thank you all for sharing your comments / views, etc... Cheers !!! The Goddess just carries on regardless of all the tricks. Such as a belief that the universe is made up of good and evil, that "reptilians" are seeking world domination, that pagan witches are slaves of the Devil, that our great great great grandparents were apes, that we were made in test tubes by aliens or that the Druids were addicted to human sacrifices. Sometimes I feel it's best to go with sayings like, " Not-knowing is true knowledge", and " If you try to live up to other's approvals, you will always be their prisoner".

When you are a Goddess devotee, you get called lots of things by lots of people. I am, according to many folks on You Tube forums, a Muslim terrorist, a white racist, an idiot, an Inquisitor, a Satanist, an Evangelist, a pervert and many other things that I won't repeat here as it just may not be PC. (LOL)

Truth always wins, and so thank the Goddess that I never care for the approvals of anyone else except myself, the Goddess within and without.

Cheers and thanks for sharing.

I love your work here. It is very wonderful and meaningful.

This is so true "Old Souls were once young souls too & they learned, & they evolved as all Species will always do.
In the difficult mess of Young Souls & the difficult World they create for all, Old Souls play a Steadying Influence, or a Precipitating Factor, a Catalyst Influence of & for Evolution". For I am an old soul and I feel this way. Thanks for posting this!!!

You're welcome! Thank you!

Then, it is unanimous, I agree!