Today I'll be sharing another trio of longhand written "Jewels of Truth" channeled angelic wisdom statements. With perhaps a channeled meme or two from the angels that I've shared prior on my "Atrayo's Oracle" Facebook fan page as well. The topic's I'll be sharing is on the Afterlife, Abortion, and being Vulnerable. The latter two are rather unique since I was channeling an Ancient Greek Angelic Goddess known as Hera. Otherwise, known as Juno to the Ancient Romans besides being the Imperial wife of Zeus / Jupiter.

Hera, is a mother goddess of women, marriage, family, childbirth, and so forth not unlike the Christian Mother Mary. However, here she points out that abortion in her view or perhaps Heavens a.k.a. Elysium's views it as a crime. As an act of transparency, I'm personally Pro-Choice in terms of abortion as a person here on Earth. I'm struggling to reconcile this angelic goddess point of view. In time I will probably change my opinion on abortion but not as of yet. Since I see humanity ending up like the inhabitants of Easter Island depleting their island of resources. In our case, it's globally since humanity is already over 8 billion souls plus and growing not to mention we're behaving like locusts.

The other statement on the Afterlife is another intriguing conceptualization that sees it as a collective sphere of a metaphysical reality. Where the endless Heaven's, Limbo's, and combined Infinite Hell's are superimposed on top of each other separated by tonal frequencies. Since the afterlife is without spatial orientation a.k.a. space and without time as dimensions. It is moreso spoken as a State of Being that we channel by our passionate expressions here on earth and beyond.

As always I hope you each maintain a critical mind even if you disagree with the assertions I've channeled above. By means of clairvoyant inspired automatic writing as a technique, I've practiced now for over 23 years plus as a dharmic devotion. Like I always state as long as your inventory of ideas is expanded towards new horizons of the heart and mind. May you enjoy these thoughts as spiritual teachings by unconditional love for all. Amen.

2706) With all there has gone by we lament not realizing the grandeur in our surroundings. That when we lived as people, creatures, environments, entire worlds, and so forth. We cared not to realize our whole divinity in its splendid outworkings.

It is with this understanding we now speak fervently without hesitation and without remorse in our United Spirits with God(dess) Everlasting. That the realms of the afterlife endless that they are indeed. Aren't realms as places occupying space physically nor metaphysically.

It is rather a state of perpetual Divine Being at least those of us belonging to Heaven. The identical phenomenon occurs for the wicked souls as unholy children of God. Hell isn't a place here or there but a State of Unholy Being. Equally, it can be said of Limbo as a neutral realm of nowhere in a state of being metaphysical.

To take this analogous principle of divine law one step further is to reiterate. As Heavens, Limbo, and Hell are metaphysical States of perpetual Etherical Being. They are a collective whole sphere united akin to a globe. Not so much divided as hemispheres but mixed as one continuum without a place as occupying totality everywhere and nowhere simultaneously.

A living and dying conundrum of a loop of existence as a paradox mysteriously so it is. To picture this cosmology of Enlightened Divinity is to denote the Wonder of God's Will at work beautifully so as an ineffable truth. This our reality what one will's they become instantly without the dilation of time to interfere. Heavenly souls of God occupy this whole globe in frequencies of everlasting grace. Superimposed within other channels of expression are unholy layers upon such an identical continuum of a sphere of the afterlife.

The same phenomena for all of Limbo for those atheist souls that believe in absolutely nothing whatsoever. All souls are by default Enlightened because of each share in the Image and Likeness of God. As the Creator, Sustainer, and Destroyer of all realities combined as One Supreme Existence Forever. Amen. ---Ivan Pozo-Illas / Atrayo. 2707) We the guardians of the Heavens be we known as Olympians or not. Know many forms of inherent expressions that plainly are divine exaltations, to say the least. I "Hera" Greek Olympian Everlasting declare the motherhood of once maidens deeply sacred to me personally. Be one a person or of another equal kind of living mortal form. I endear not to be disturbed by lame tendencies that rob me of our Holy Mightiest Peace upheld by the elder angelic deities of Olympus.

I wish to declare as Mother Imperial Queen to all that worship the feminine nature. That I too acknowledge greater mother deities than I upon Creation. No matter I continue to embark upon what is mine to endeavor. That to rob a newborn of its birth upon realms like your Earth is an unfortunate crime upon the innocent spirit therein. To abort a fetus of any species is an unholy act in the Eyes of the One you call God.

The punishment is self-inflicted instantly as a laceration of a psychological wound in a masochistic manner every time. The mind reels unconsciously and the emotional heart grows cold and eventually deeply disturbed. This isn't even mentioning the spiritual unease perpetuated on oneself directly.

Aside from birth control which is a legitimate chemical preventive act of health and lifestyle choice. Abortion is not of God for a truly absolutely loving supreme Creator slaughters no one! I understand the complexity of mortal living where unwed mothers and moreso other abandoned single mothers are forgotten by entire so-called modern societies the world over. To be cast into material poverty due to cowardly men forsaking the grace of the mother and the children in one fell swoop.

One crime of abortion follows another by secular societies the world over by dismissing young unsupported mothers to a life of miserable poverty. I say this is abhorrent to the Will of God! To those other fools that declare that abortions are a social necessity of population culling. Has failed to reason properly that eight billion plus souls of humanity and growing are ravaging the planet unceremoniously. It is a failed mechanism sociologically and is an act of murderous barbarism. To injure motherhood in whichever form is an injustice remembered by God. For not even the angelic gods and goddesses such as I belong to can escape the Divine Holy Law of Karma. Amen. (Channeled by Hera / Juno Mother Goddess of Ancient Greece and Rome as the wife of Zeus / Jupiter.) ---Ivan Pozo-Illas / Atrayo. 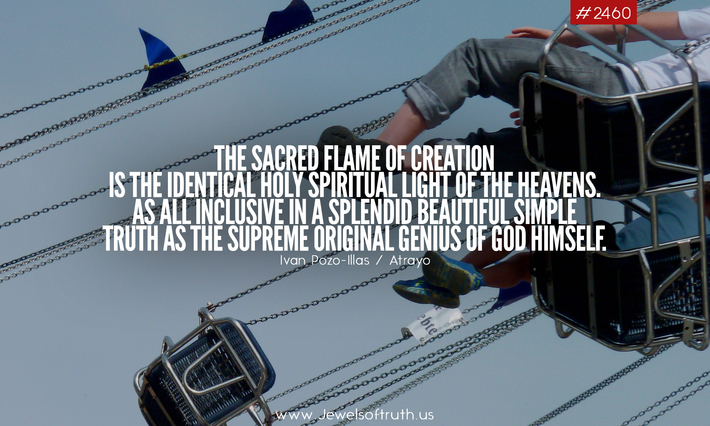 2708) To all that abhor tragedies listen well for the greatest sadness is usually self-inflicted upon this world. Not even the betrayal of friends and dear loved ones can the stupidity of a self-inflicted wound can spell vindication. For here I "Hera" Mother to all that supports Greece and its subsequent generations across the world. Do I remember and love your ancestors that worshipped me so dearly and unceasing.

Yes, to worship an angel as the gods aren't quite right. However, it is not considered a crime when passionate reverence, when sanctioned with adorations, is always offered. For even Roman-Catholic Christians worship the Virgin Mother Mary of Christos. She too is a mother goddess such as I "Hera" upon the Ancient Greeks and "Juno" upon the Ancient Romans thereafter.

I adore my fellow Angelic Queens as Mother Goddesses the world over. For our dominion is only united by the Will of God everlasting. We the Olympians may not be forgotten although we are labeled as mythologies instead as our religions are all but dead to this world.

To all the progeny of our beautiful ancestors live well and live strongly for one another. We the gods of Greece have never left your sides. Albeit the faith of the land and sea has changed hands in these few short eons. We bid our eternity for mystics such as this oracle of "Ivan the Atrayo" to recall our true love once again. We are no more pagan than the Christian Gnostics slaughtered by the Roman-Catholics centuries ago in the Name of God, moronically so.

To all that seek the embrace of the celestial mothers of old. We are here for you whether of Olympus or elsewhere of another mythological paradise. We love you always! Call upon any blessed angel you may wish. For God keeps us busy for the suffering of your world is always great, unfortunately. Be advised we are strong and Elysium stands at the ready to repel evil wherever it may set foot upon the Holy Children of God Everlasting. Amen. (Channeled by Hera / Juno Mother Goddess of Ancient Greece and Rome as the wife of Zeus / Jupiter.) ---Ivan Pozo-Illas / Atrayo.

I swear I will not dishonor my soul with hatred, but offer myself humbly as a guardian of nature, as a healer of misery, as a messenger of wonder, as an architect of peace. --- Diane Ackerman.

For he will command his angels concerning you to guard you in all your ways. ---Psalm 91:11.

The universe buries strange jewels deep within us all, and then stands back to see if we can find them. ---Elizabeth Gilbert.

Stay true to your deepest intuition that an extraordinary and miraculous life is possible. ---Craig Hamilton.

The more light you allow within you, the brighter the world you live in will be. ---Shakti Gawain.

Ivan "Atrayo" Pozo-Illas, has devoted 23 years of his life to the pursuit of clairvoyant Inspired automatic writing channeling the Angelic host. Ivan is the author of the spiritual wisdom series of "Jewels of Truth" consisting of 3 volumes published to date. He also channels conceptual designs that are multi-faceted for the next society to come that are solutions based as a form of dharmic service. Numerous examples of his work are available at "Atrayo's Oracle" blog site of 13 years plus online. Your welcome to visit his website "Jewelsoftruth.us" for further information or to contact Atrayo directly.