Since the festive occasion of celebrating the spirits of yesteryears and the merrymaking of All Hallow's Eve is merely one week away. I also wanted to observe at least the religious Christian or at least Catholic holidays of all Saints Day November 1st and All Souls Day November 2nd. Although I started off as Roman-Catholic making it as far as my 1st Communion. Now I belong in my conviction to all the benevolent faiths, philosophies, and traditions of God(dess). I suppose allowing the angels of grace to groom me for over 34 years now their outlook from a macro-perspective has rubbed off on me.

Today I wish to share another trio of "Jewels of Truth" statements as Inspirational automatic writing of angelic wisdom. For those with very little to nothing in understanding about automatic writing or psychography. It is an intuitive psychic ability in terms of taking diction and feeling for the words telepathically. In the 25 plus years of doing this clairaudient spiritual Intuitive art form, I have never ever have had writer's block period! The content speaks for itself using my vocabulary however not my writing style, nonetheless, it is like a merging of the best of my humanity and their divinity. To bring these messages across the threshold of time/space reality aka our world.

The angelic wisdom topics for today are on Truth, Divine Faith, and the Sounds of Creation. This last topic I channeled from the Archangel of Sandalphon as an ascended master. I usually channel from nameless angels of the Heavenly Host, however, I get a celebrity angelic entity every now and again. ;o)

As always may you find peace and comfort when reflecting on the premise being presented regardless if you can fully digest them. It is more about exposure and expanding your spiritual horizons for the novice to adept of other traditions to ruminate upon. Amen.

2961) The world at least most of it seeks a truth that will comfort them from the woes of life. Many succumb to settle for biased truths that are presented in essence. This only serves for a moment as a half-truth that given time becomes a warped sense of reality. That leads those who follow it to a whole lie unfortunately only realizing this at the bitter end of their struggles, if at all?

The world can only do better when it lives with a compassionate sense of fairness as a level playing field of equitable grace for all stakeholders. Short of such a humane ethical rule there will be winners and losers living flawed lives collectively. What was once a standard becomes warped by cheats looking for flawed efficiencies that lead to eventual ruin.

Only when the truth is unconditionally presented in a moderated fair fashion can it overcome vile tendencies of injustice. Besides that of other foibles of the human condition upon this half-prepared civilization therein. No other force universally but that of God. Has so much pregnant potency to cause metaphoric mountains to crash them into the seas of hope and despair worldwide.

We the Angelic Host are the arbitrators of Creation meting out truths of all sorts and of all Infinite kinds of the Glory of God everlasting. Always by means of the Mysterious Will of God(dess) that bends not only towards justice as an arch of a living endless grace. But, towards a sacred Absolute Love as the substance of God made manifest in each of us forever.

Truth is only illuminated God as itself come alive as a healing balm and a weapon of discord. It is up to the created Children of God to wield it responsibly or not. Judgment is always final by and for God Almighty collectively in an all Inclusive macroscopic and microscopic manner. However, there is always Absolute Forgiveness as an eternal Love made manifest to reconcile evil with righteousness. Purely through an aperture of an apex original supreme enlightenment of God as him/her/itself in absolute truth. Amen. ---Ivan Pozo-Illas / Atrayo.

2981) To be earnest reveals an initiative whose time has come forward. Only with such an impulse to succeed in whatever scope is your genuine attempt at first glance. Can it be revealed that the inner beauty of what is nearly inescapable of being fully articulated?

Here we stand at the crossroads of the divine and the mundane realities that dare to defy comprehension much less communication. By figuring out our choices with the grandest of sweeping changes of what the world tells us is correct when at times that too is wholly a fallacy. How does one endear the right outcomes when the options at hand are either incomplete, flawed, or plain nearly impossible to reach adequately in one lifetime alone?

The divine is often seen as a short-cut to triumph over the world. However, these ineffable truths are actually farther away than what they seem in temporal appearances. What appears as a simple effort soon bogs down an individual of faith with unforeseen conundrums. Thinking it is only a stroll down the street back to God is part of an illusion of our very own wishful making in naive terms of spiritual being. One unfortunately soon realizes it isn't just a short jaunt of faith, but a saga of a Heroes Journey as a trek of a lifetime.

Regardless of being a man, woman, or child in the world, the crucible is narrow at first until the proverbial wheat is separated from the chaff. A mirage-like no other of actual endless distance that most do not gauge appropriately until one finds solace at a soulful Inn as a pitstop along the route of the holies.

Nonetheless, such perseverance soon showcases the merit of a spirit upon the world the valor not just of the self, but the divine one within. That those with a sense of duty can reveal wonders few dare to imagine. After mere decades of service in whatever capacity is their corresponding love of God in this world. It is not a journey of a thousand steps or miles, but actually a journey of a thousand lifetimes upon this our shared eternity.

Success is achievable however not on your schedule but on the divine ones within the rays of the blessed out of physical reach but within emotional release by tenderness. This holy union may feel tepid at first as an acolyte to say the least as unproven soil. Only when the seeds are hardy can the meeting between divine sunlight and earth with nurturing grace as the living waters reveal back your courage to yourself. Eventually, a blushing first bud emerges as a sprout of new life and this is the first shoots of the heavens urging you to grow and grow some more.

The Divine Holy Ones realize our flawed childish nature now and always so this is why they always make the 1st gesture of grace on our behalf. Whether we realize it at first glance or not. They keep tapping upon our consciousness with an unceasing dedication to awaken us from the slumber of the world. Be it a pleasant dream at the time or an ongoing horrible nightmare of our broken human lives. Offering us a potential happily ever after of a fairy tale not at the very beginning but halfway in the middle of our lives and certainly upon the afterlife. No one is ever too old and too late for a miracle of God to sweep them off their feet. Amen.  ---Ivan Pozo-Illas / Atrayo. 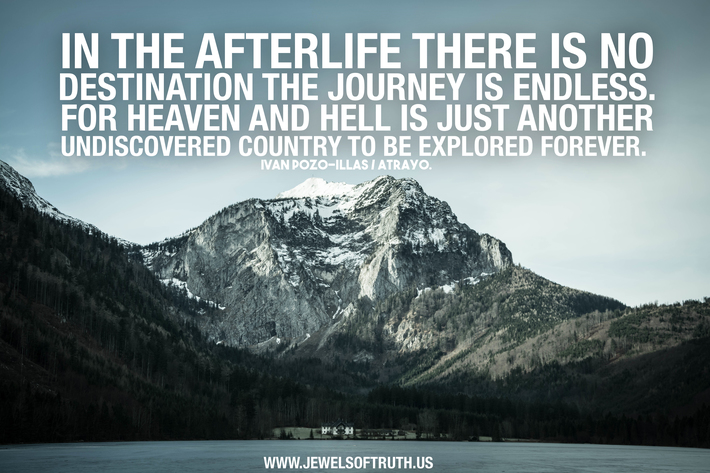 2982) To our Ears of all Life itself listen as the echoes of the divine permeates every tonal fiber of the living and the dying upon this reality alone. What is inaudible to the conscious mind of humanity is actually heard by other subliminal parts of the physical forms of your bodies collectively. Much like a sponge of tissues, sinew, and a latticework of veins and some arteries.

The sounds of the cosmos pre-date all life on Earth at least physically. However, the gas stellar winds that now make-up your solar system. Had inputs from its surrounding stars humming at sonic intervals of profound frequencies akin to a fanciful language all of its own kind. Stars communicate by light, sound, and various other disturbances as forms of deep spatial gravitational distortions. Akin to what can be construed as gas clouds or nebulas of various orders of scales dimensionally speaking. From the seen to the unseen spectrums of not ultra-violet light but through sub-atomic darkness of what is there but not shown.

What is gibberish to one listener is an orchestra of immense natural beauty to another set of ears. It is all subjective for what one listens or actually hears when the intentional focus of the mind is truly involved. Now to be certain there are omissions of reason when the sounds of Mother Nature as Creation itself sound absurd to the human ear canals.

Nonetheless, the beauty of sweeping harmonies can soothe the angry from a beast of burden, including that of humanity. Music not only heals the psyche it can expand the capacity for the mind to grow by many subtle dimensional corresponding factors of forethought. When the listener is exposed to audible and certainly specific inaudible tonal modalities one can begin to defy the known norms of logic. Well into robust forms of healing, learning, and creative Intuitions known simply as gut instincts that always pan out as real.

Here too the expanse of the Divine Spirit of God(dess) in each of us defies reasons for existing at all. Nonetheless, here we are together in what seems like silence and separations is actually a cacophony of clashing inaudible tones colliding by means of Creation fully alive as ourselves. Amen. ---Ivan Pozo-Illas / Atrayo. (Channeled by the Archangel Sandalphon)

In creating a place of honor for every issue, and every experience we create a different form of power that is rooted in the whole truth of who we are. ---AI-Jen Poo.

Our fates are tied. We have this strange notion on this planet that our fates are not tied. If it were not so we would not be here together. It's that simple. ---Luisah Teish.

Gratefulness opens me up to receive the flow of blessing and connects me with the source of that flow. ---Rabbi Shefa Gold.

Ivan "Atrayo" Pozo-Illas, has devoted 25 years of his life to the pursuit of clairvoyant Inspired automatic writing channeling the Angelic host. Ivan is the author of the spiritual wisdom series of "Jewels of Truth" consisting of 3 volumes published to date. He also channels conceptual designs that are multi-faceted for the next society to come that are solutions based as a form of dharmic service. Numerous examples of his work are available at "Atrayo's Oracle" blog site of 15 years plus online. Your welcome to visit his website "Jewelsoftruth.us" for further information or to contact Atrayo directly.