Thought I'd throw in something more light-hearted, for a change. I'll probably add more as the weeks go by.

2) When I was in the Navy and stationed on the submarine, two other technicians rename the Twilight Zone after me. I still don't see why, as they kept trying to talk to me while I was reading a book.

3) Bill Cosby had a monologue about Seattle, WA in which he said it rains there year-round. He might've been more right to say that about Portland, OR - that's how it's been here. "When the sun comes out; 'What did we do? What have we done?'"

4) The Colisseum (2,000 to 1,600 years ago) A Christian got tossed to a lion. As the lion bore down on him, the Christian cries aloud to God "Lord, make this lion a Christian!", at which point a light shines down on the lion. The lion stops, sits on his hind paws, folds his front paws in front of him and says "Oh, Lord, we thank you for this food you have provided."

6) Terry Goodkind, in his Legend of the Seeker series, wrote that the Wizard's First Rule is "People are Stupid". A few weeks back, some of my less-gifted neighbors went out of their way (I think) to prove it. I'd mentioned that I was going to look up how far it is to the ocean from Portland, so one of them offers to do it right then. However, it took me asking them six times "How many miles to the ocean from here?" before they understood the question as I'd asked it and answered. OI!

7) A true account: I performed Workfare for a Ms. Rose Keating at Denver Tech For All, and she at one time did coding work for Microsoft by contract. She had a check from Bill Gates on which her bank cried "double-dribble". I gather that this was during the time-frame when Microsoft/Bill Gates was called on the judicial carpet over the "Windows Explorer" legal mess. She never did get that check framed. Now she'll not have the chance on THIS side of life, eh?

9) Many years ago, my Uncle Jack was the presiding pastor at a revival at our church. Aunt Mae described him as a "card" some years after his passing. Examples to follow:

a) During the weekly youth group meeting, he was on the subject of kissing during dates and relates this: "A teenage boy, after kissing his date, asks 'What IS that lipstick you're using, your lips are so smooth and creamy?', to which the girl gives a long, loud snuffle and says 'I don't know'". (The girls in the group promptly sound off "Ewww!")

b) During the Sunday evening service, he's behind the pulpit and also leading the song service (having quite the singing voice as well), and says "The next song is one they sang at my and Mae's wedding", and upon opening to the hymn number, we find the title The Fight Is On. That one drew several chuckles (Aunt Mae grew up in the church). Grandma's was the loudest, as I recall.

10)  When I have to do the "Social Services Dance" (as Linda M. calls it), they often have club feet when dancing with me, ar ar.

11) One for when you're dealing with people who don't take no for an answer: "Would you please visit your proctologist so you can see what you're doing?" ar ar.

13) When I enlisted in the Navy, I told them I wanted advanced electronics. They then effectively told me I was going to be a demented sailor who got on a boat which intentionally sank. Ar ar

14) Here's a recent one from a Plaid Pantry store manager: At the counter, she shows me a quickie from a Garfield comic book that shows Odie barking at Garfield. Garfield responds "Would you please stop barking?", which shuts Odie up. Then Garfield says/thinks "Wow, it never occurred to me to ask politely". Before letting me read it, Stephanie had said "We're the dog, the customers are Garfield. NOW read it". She'd had a customer complain because Stephanie is ALWAYS cheerful and does that New England thing of calling people "love" (in her case) or "dear". THIS customer had actually counted the number of times Stephanie had called her "love", then called the corporate complaint line. Stephanie had been told by one of HER superiors: "PLEASE, when she comes in next time, just take her picture and bark at her." We were both a bit incredulous over THAT one.

15) In memory of "Tabus", the alley cat who was really a lion in disguise. The year is 1989, and as I'm in a basement apartment while the roommates were out, Tabus shows up by just dropping in the open window. At first I thought he'd be my cat, until 6:30 the next morning when I get awakened by this cat biting my big toe. The chase was on, then. The cat promptly decided he was Rick's cat (another roommate). This cat took no crap from ANYONE - when encountering Dobermans, Tabus won. On one occasion, Rick (who used to drink too much) got drunk and ended up in jail for a few days. Every day the cook at the restaurant on the street-corner watched this cat on daily rounds looking for him. Rick got out and crossed paths with that cook before he met up with Tabus and was told "Your cat's been looking for you." Rick later said Tabus just had this angry glare on, as if to say "Where've you been? I've had to do my own hunting/cooking for a few days now? What's wrong with you?" Cat owners know that look. Ar ar. RIP, Tabus.

16) Then there was the dog named "Free". Nobody in their camp ever went hungry or lacked for party goods unless they wanted to. Tom had trained Free to wear a kerchief around the neck and sunglasses much like Snoopy's "Joe Cool" glasses, then when cars pulled up to the red light, Free would sit up and beg. They raked it in hand over fist with that dog. Tom got Free used to puffing cannabis, so Free often insisted he get the first "shotgun" - he was definitely NOT stupid, after all. Then Tom left state and got Free a good home - hitchhiking is a little rough on a middle-aged dog. RIP, Free - this was in 2000 or so.

17) Repeat: What statement do you not hear a Catholic priest make? A: "I'm trying to get out of that habit." (Ar ar)

18) Incidentally, from the cat's viewpoint, I got the statement backward about "cat owner", since they think they own us.

19) Here's a couple from an unusual Batman book - I don't remember either the title or the author, though. Anyway, this one is from a short story involving the Joker. Mr. Wayne deduces that he's behind an amateur comedian/talent show and enters under an alias.

b) Later, after Wayne deduces the Joker's likely strategy, he arranges for every performer to receive a "clothing" packet. When the Joker reveals his plan by saying "I know that one of you has to be Batman, so I'll shut off the lights. When they turn on, I expect you to show yourself, Batman." So he turns off the lights, but when they turn on again, EVERYONE is dressed as the Dark Knight. The Joker laughed so hard and long that everyone got away. I read this sometime in the late '80's. Ar ar

20) Don't you just love it when people show up for a battle of wits unarmed?

21) If you haven't seen the movie "McGoo" with Leslie Nielsen, I recommend it. Love that "prescription windshield", ar ar.

22) From my days driving a bus: One night on the "dead-head" back to the garage, a little white pick-up truck passes me. On the tailgate he's got a bumper sticker with a bunch of printing on it. One row on top said ".......... Testicle Festival", another row or two of small print followed by "I had a ball!" toward the bottom. Makes a good "conversation piece", doesn't it? Another "Believe It Or Not" moment, wot? ar ar

23) Here's one from a neighbor about DMV: He calls the DMV phone number to find out if that branch office was open on Saturday, has to repeat the question, and is then told: "You're asking me about something for which I'm not trained to answer." Neighbor: "Wait, all I'm asking you is whether this office is open on Saturday or not, how hard a question is that?" Our tax dollars at work, eh?

24) This may not count as a joke, but sometime during 2011-2013, I once responded to a comment the Dalai Lama posted on his Facebook account with a comment or question (I don't remember which) to which silence was the only reply. All that really means is that I got the response I thought most likely.

25) I'd forgotten about "Borgia Bob", the Denver Rescue Mission cook until later in '91. When I'd first entered the New Life program (voluntary basis when I had trouble saying "No" to cannabis when I wanted), the staff at morning devotions was having their annual "gag gift" planner, and they listed for (Borgia) Bob Kellum's gift, "a cook book". The donated grocery pick-up van supervisor, John Augustinyak, used to make disparaging remarks/jokes about his menu planner - for example, "peanut butter pate", and such. Of course, John used to be the van driver, but had to give up his license when his diabetes became chronic. What a time that was. Rock Traylor was the one who'd given the nickname "Borgia Bob", and he was a rather odd duck. We used to trade cynically-humorous comments back and forth.

26) In my rough draft on the 4-part "deuterogram" on the Bible, I recall that there was one part in which I had intended to type "...doings of the 'gods'", except that I had forgotten the "i" in "doings" and didn't notice it for a while. This was while I still had Facebook, and when I posted a mention of the typo, an author friend said that she couldn't stop laughing (once she'd read it).

27) OMG, here's an unbelievable one! I've been trying to update my Safeway card to a new card after the old one started cracking - FOR THE LAST SEVEN MONTHS. I finally speak to a customer service rep who actually knew of what he spoke. He FINALLY told me that the card number on the account won't change, as that is the card number under which the account was created. So I've been actually succeeding in updating the card number, but no one took the trouble to inform me of their computer system peculiarity, which wasted about six months of my time. Aaaagggghhhh! WHY didn't any of them until TODAY think to tell me about that!? NOW it wants to wait to let me verify my phone number (again), supposedly "for added security". Computers...

Wow, I can't believe I'd missed the edit on "humn" instead of "hymn" - I was as sharp as a bowling ball on THAT one. 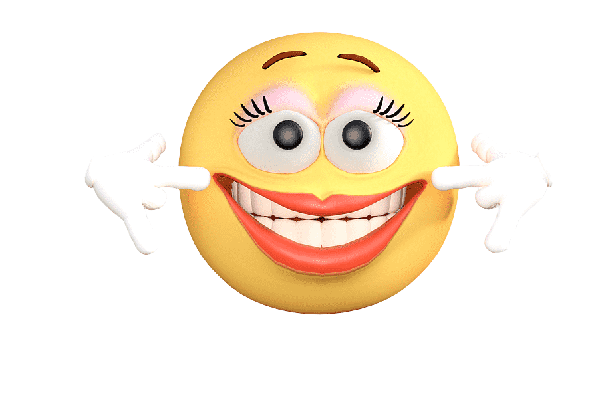 Caveat: Please note that this is all meant in light-hearted fun, even if some items are actual jokes and others are true-life events. So kindly do not take offense when none is intended, thanks. Have a good day. 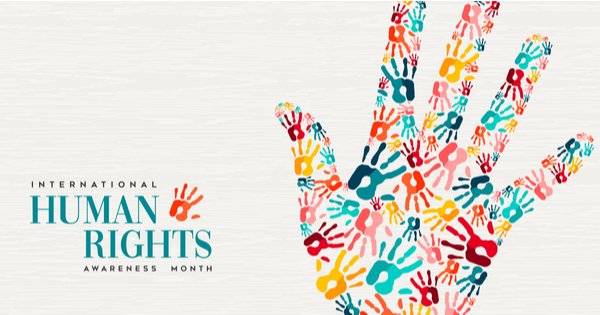 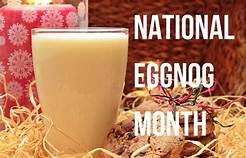 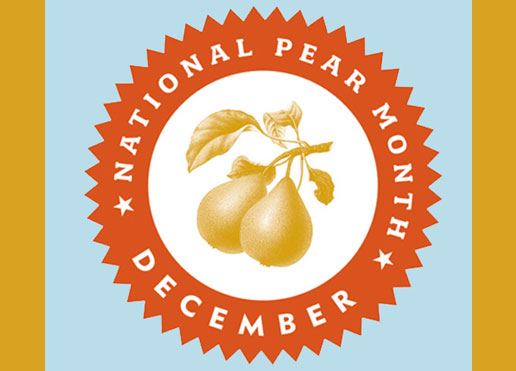 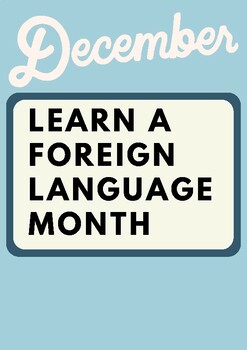 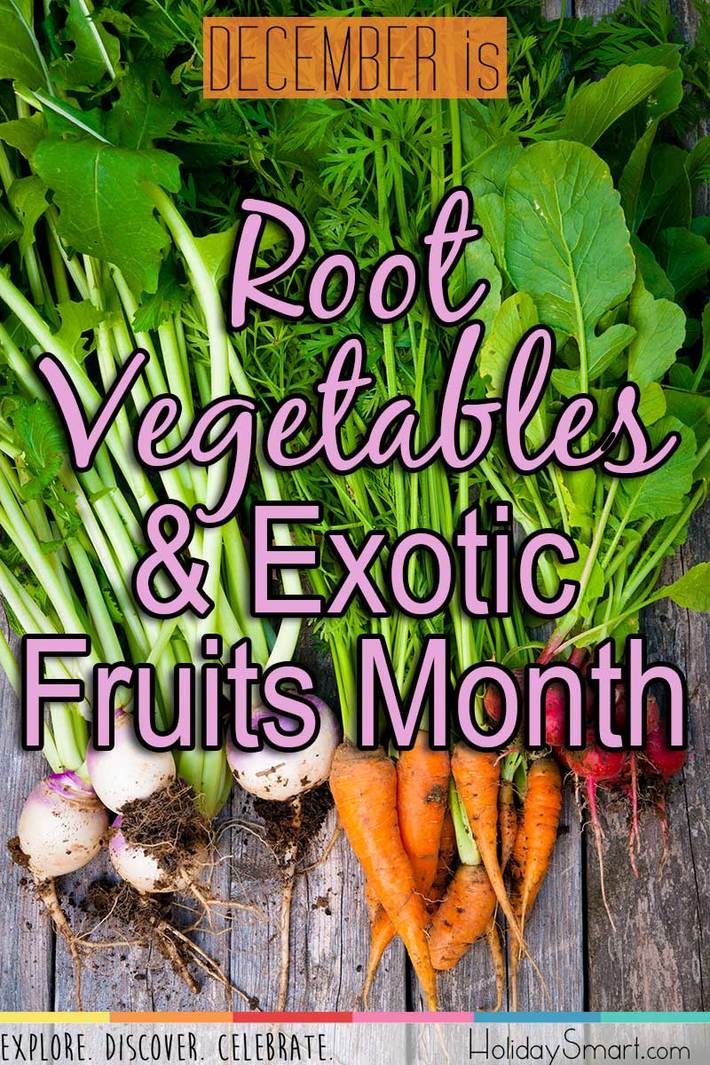