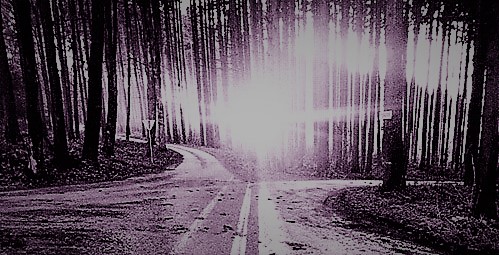 You see many people ask about the GOETIA and the QUIMBANDA + GOETIA.

IN ORDER TO UNDERSTAND AND TO SEE, YOU MUST FIRST…

Clean off the table and put away in the rubbish bin All the Abrahamic (Judaism, Christianity, and Islam oriented) Patriarchal (Men/Father/God-oriented), Spiritual Dualism oriented (Invention of the Personification of Good & Bad…

Once you junk in the rubbish bin all of that men-made/invented pure bullshit of the Battle of Personified Evil versus Good, the absurd Invention of Sin / of Guilt / Guilty Trainers and the pitiful Invention of the dumb-ass / stupid Abrahamic Hell & their Meaningless Heaven…

After you clean up all of the wilful Ignorance, extreme Arrogance, extreme Infliction of loss, pain, harm in the population…

After you end all of the wilful Intellectual Dishonesty which it is required to maintain such an absurd, dumb-ass monistic, primitive, obsolete, biased, prejudiced, Anti-Life, Anti-Happiness, Anti-Humanity, Anti-Academia, Anti-Pleasure, Anti-Autonomy, Anti-Sciences, Anti-Arts, Anti-Sex, Anti-Women, Anti-Goddess, Anti-GLBTQ+, Anti-Freedom, harmful (Invented-Men-Made) SYSTEMS of “Belief and Language”, and their associated (men-made/invented) Values and Ways of Conduct…

The Mythologies of the big and rich mainstream Religions, the so-called Holy Word was and still is the Words of the 1% of world Minority Elite portion of the world population who had invented all this pure nonsense, bullshit and rubbish, all in order to loot, to abuse, to control the other 99% portion of the world population, the majority of (turned-into/conditioned-to-be) obedient and fooled-to-the-bone Followers, passive Conformists, “no-good-for-nothing” people who finally in the end to get junked like useless garbage after having been used and abused by an all-rigged-by-the-rich System, and for most part of their lives.

Then I say, only then, you can really and truly understand and see the Goetia.

The Goetia is nothing more than a Group/Unit/Family, amongst many, many others, of similar Energies / Intelligences / Species / Beings, all belonging to a specific Realm / Kingdom, Level-Vibration-Dimension of LIFE, of Existence.

Now, what did it happen to the GOETIA?

Well, that it is easy to tell.

Sometime in the past, a few past un-evolved/un-enlightened members of this Species, they had discovered, encountered the dear GOETIA.

And what did they all do?

Well, they did fully colour it and they tried hard to have it narrowed down to their culture, their belief and language, associated values and ways of conduct of their time.

In short, they all defined the GOETIA with their very own willful ignorant, and/or intellectual-dishonest Interpretations, accommodated by their personal best interests, their greedy/selfish/primitive modus of operandi of “How can WE/they USE & ABUSE this GOETIA in order to CONTROL OTHERS, in order to gain POWER Over Others, etc, etc.

THE MAKING OF THE GOETIA

We have a long list of People here, folks…

In the 1500’s we also find the English Reginald Scot who went out of his way to point out to the nonsense of his time, chiefly regarding Witchcraft… But even the Goetia of his time, it did not escape his eyes, as it earned his criticisms, chiefly when the Order of the Intelligences / Entities, had been modified, then also new Intelligences / Entities were added, and of all things on earth, lo and behold “one” had been excluded.

We also have the English Thomas Rudd who picked it from the French Blaise de Vigenere.

Finally, we have the British Samuel Liddell MacGregor Mathers who translated it when he picked it from Blaise de Vigenere and from nearly everybody else that he could research, find and read the works.

Later, we have the English Aleister Crowley, who picked it from Samuel Liddell MacGregor Mathers and actually published it in 1904 under “The Book Of The Goetia Of Solomon The King”.

But “not before” he had fully edited here & there, and firmly appended/added to it different materials which he had picked from the English/Welsh John Dee and his partner the English Edward Kelley/Talbot, whose materials were picked by them from the Italian Johannes Pantheus a.k.a. Giovanni Agostino Pantheo and his Voarchadumia Contra Alchimiam.

American/English Arthur Edward Waite, he also had his own proverbial spoon in the special Cauldron of Goetia stirrers. Although I will add, he was quite boring as a writer, but however they may be, via his writings, his literary add-ons and omissions, it does become quite apparent that in fact, he did know way too much in his own time.

But folks, he also knew very well that he couldn’t justify at the time, to tell it all.

We also find the GOETIA in the work of Robert H Turner, the translation of Paracelsus ‘ Archidoxes of Magic a.k.a Archidoxis Magica, which it is an attributed to Paracelsus, as a Grimoire of his. It contains Magical Sigils / Symbols for Talismans / Amulets, a collected work of Paracelsus by the German Johannes Huser of the Swiss area called Basel.

Seemingly, the Goetia borrows quite heavily on the Archidoxis Magica / Paracelsus’ Grimoire.

THIS IS IT, FOLKS! It all comes down to this!

Therefore nothing more than just Another Way of “Tapping-Into”, a System of Names/Words/Calls and Their Symbols a.k.a. Portals/Doors to their Energies / Intelligences.

I would say, I have created a Norse Rune Magick Quimbanda for myself.

Quite simple indeed, simply because I decided to employ my Fav 33 Norse Runes Symbols, and their Names/Words/Calls, in order to TAP INTO, their Energies / Intelligences / Beings.

With the intent of and intentions to work with my dearest FAE / Pomba-Giras, my dear Exus, Elementals, Mayorals, etc.

If we were in those Abrahamic horrible times, They, the mainstream society and their Culture, their people would have perceived, understood and called my 33 Runes as Their 33 Demons / Devils, etc and they would’ve programmed to, as in “social-religio-politico-commercial” conditioned to react and they would have instantly assigned their Abrahamic mythological Hell and Heaven bullshit to it, plus the pathetic / moronic (made-up) war / battle of Good and Bad, (invented by the Persian Zoroaster and then borrowed/copied by all the Abrahamic Mythologies and their Religions) to each Rune.

They would do to it (The Pagan Norse Runes), the very same as what they did with the Energies / Intelligences / Beings / Symbols of the GOETIA.

That’s the Abrahamic influenced GOETIA that most of the so-called old Grimoriums, they all peddle it.

And pure rubbish indeed, when in comparison to those people who really know all of the so-called Demons (Energies, Intelligences, Beings) and also know for sure that in fact, there is “nothing biblical”, “nothing abrahamic”, “nothing jewish”, and “nothing Islamic” at all about them.

After you junk all that unnecessary rubbish and get rid of the biblical men-made inventions, then you are ready for some real GOETIA + QUIMBANDA.

Hell, or even a RUNE + QUIMBANDA, or yet a Pagan Tarot plus Quimbanda, or yet, a Pagan Egyptian Magick + Quimbanda, there are not any limitations at all.

And folks, in the end, it is all very much the same.

However, it is all about EVOLUTION for Them, for me, for you and for us all.

It is all about a Good Life, Quality of Life while you are here in this elemental world and time-band.

It is about DIGNITY & LOYALTY to your POMBA-GIRAS & EXUS, come what may, no matter what, be loyal, be honourable, be dignified to Yourself first and to the Pomba-Giras and Exus, to the Mayorals, to the ancient Pagan Goddesses and Gods.

There are many Differences, many different operating Influences and Powers, many different Levels / Dimensions & Expressions thereof, but they All (no exceptions) share the fact that they’re a part of, they also partake in eternal and infinite EVOLUTION originating from the Ultimate Supreme Being Source of all Existence, of all Life, of all Species, of All and Everything.

Quimbanda is fluid, it is not frozen in time and in space.

Pagan Quimbanda is not anybody’s property, it belongs to everybody who can find It within themselves first.

Quimbanda is a part of Evolution.

If you approach QUIMBANDA, be it whichever different branch of it may be, it is all founded and based upon mutual Dignity, mutual Evolution in all Works, in all the Magick.

Good and Bad are Labels, Adjectives / Qualifications which WE as a Species, we employ without the benefit of the Other Person’s Soul’s pre-natal Plans, and without the Soul’s pre-Incarnation Choices / Script and Agreements with Other Souls incarnating along with that Soul with intent of specific work for their Mutual Evolution and that of Others affected by them on Earth.

Death, loss, destruction and endings, they do not really end nor stop any Species nor anything at all!

Because Existence / Life goes on beyond these short / tiny “journeys from cradle to grave”, in these Elemental Realms such as this Place/this Earth of this Time-band.

Quimbanda + Goetia can be Pagan and that way, meaningful, beautiful and dear!

I salute all the Pagan Goddesses and Gods!

I salute, I Iove and I adore all POMBA-GIRAS & EXUS, ELEMENTALS / FAE!

They’re Family, they become family when you become a part of it!

It is the bonds of love and trust, they reach out for us across many time-bands, many lifetimes/incarnations and many different locations in many realms / places.

Cheers Viva Salve Hail Laroye — All Quimbanda Mayorals, all Pomba-Giras and all Exus

( SKY aussi connue comme PADILLA of Ashtoreth and/or as PADILHA DO BRASIL, tambem conhecida como NINS of the Norse Vanir, a.k.a. GLBTQ+ Dea, a.k.a. Mel (short for Melusine de France) also known as JD Aeon and/or JDAeon and/or simply as JD )