The only thing worth writing about is the part readers never hear: my voice.

No one heard me sing in 2016. That may not be true. Neighbors may have heard me singing out of my window. The architects below may have heard stomping from the ceiling. The man who lives on the other side of my bedroom undoubtedly heard in-the-moment revisions shouted over familiar rhythm sections. And there was a performance for my mother and her aide, my sister present as well. "There's Got 2 B a First Time" had just been written. It came off swimmingly.

It was a great year for my voice. Most of the time all i did was think about it. I practiced singing by talking real low and smooth into the cell phone. People on the other side of the cell phone don't want to hear a loud impatient person. The waiting and mechanical prompters can irritate the nerves - and thus the voice - if one is not on guard. Then a real person comes along and by that time the mood is blown. But there is no take 2.

I mean it about how readers can hear everything else. They've heard the sounds of instruments and synthesizers and beats. Finished product is not the tribute to form it once was. A lot of young Beatle fans do not necessarily favor the White Album versions over Anthology III. They hear how all that music is different from music tweaked, tuned, and mixed with software.

There is a lot of great music out there. Browse the net or the dollar bin at a CD store - who knows how many gems were just passed by? At the same time, really memorable stuff is that way because many people always thought it could be and played into all the elements that go into floating something as heavy as a lead zeppelin. And to think their spelling change preceded LED lights!

My voice is mutable. Given the right material it can be perfect. Most of the time it is rather imperfect, sometimes horrible, never virtuosic. It aspires to reflect a benevolent god. Long live Rock! 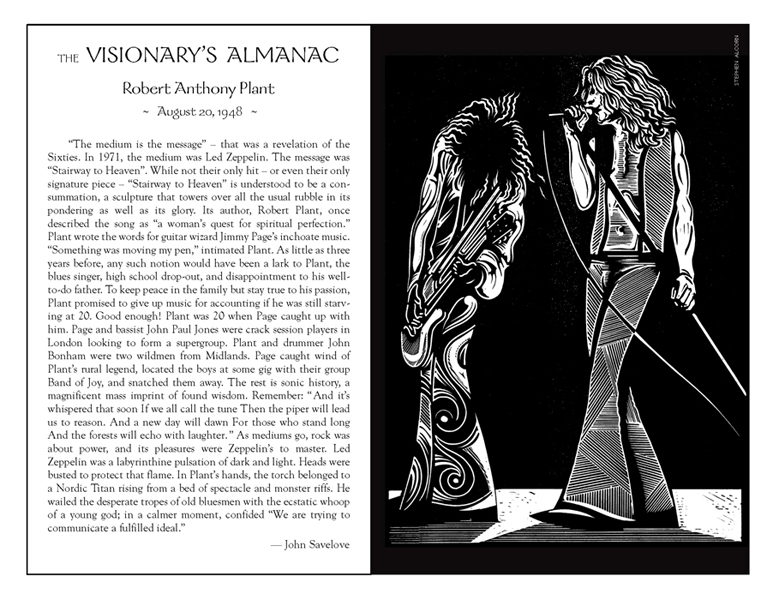