I had written an article about the dear Pagan Goddess Ashtoreth and published it online here and in different sites.

This is the Second Part of that dear article.

Goddess Ashtoreth has seemingly always been a Goddess of many Names.

To the dear Pagan Goddess Berecynthia in North African parts.

By 9 BEC, the primitive Moabites had come up with a Patriarchal / Father / Male Version of the Goddess Ashtoreth which was called Pagan God Ashtar, a male form / manifestation of Ashtoreth.

Through the Near East, we find the pairing of Pagan Goddess Baalat a.k.a. Ashtoreth and the Pagan God Baal

At this instance, both Ashtoreth and Baal were Goddess and God of Nature.

Ashtoreth – A Pagan Star, Sun, Moon, Earth, Fire, Air and  Water Goddess of Love, of Natural Sexual Desires & Lust, A Goddess of Freedom of Expression, A Goddess of Freedom of Thinking, a Goddess of Sexuality, from All Genders (Woman/Female, Man/Male, Trans, Androgynous (Hermaphroditic) to Queer and/or Non-Binary), to all Sexual Preferences, from Gay, Lesbian, Bi/Pansexual/Queer to Asexual and to Heterosexual.

Ashtoreth did not hide and run from the Patriarchal times and from the Monotheistic Mythologies and their Big Religions.

Ashtoreth did not run and hide from the Abrahamic Mythologies and their Zoroastrian / Spiritual Dualism-orientation.

Ashtoreth was a Goddess of Feminine Mysteries, of Sacred Sex in her many sacred Altars and by Her followers, worshippers, priestesses and priests.

A Goddess of Ritual Eroticism.

Around 100 CE, the Patriarchal / Father-oriented / Male Format / Manifestation of Ashtoreth called Astaroth, a word which is the PLURAL Female of the word:  ASHTORETH.

Thus this way the Male format of Ashtoreth as Pagan God Astaroth was manifested.

Yes, the Moabites were “Turner-To-Male-God” and literal mother-“fuckers” of ancient history.

Chiefly when you really think and consider how they took  their dear beautiful Pagan Goddess and turned Her into a God, by ripping her off from her Sacred Womanhood and for what, only to offer her a Cock, a Penis.

Think, new mythologies a.k.a. new religions, they always acted like Mother-"Fuckers" for the Goddess of the old religion, because they wanted Her out of the way to make space/room for their new "small-village-tiny-god turned into big-god.

The moral compass of the new mythologies a.k.a. new religions never worked fair nor was it ever benignly moral, benignly ethical or good at all.

By the way, for those of you who know your ancient world civilisations and ancient world history, I say, Children being offered for ritual sacrifice was part of the worship of the Abrahamic god and their brand of Mythology and Religion at one time, that it is before they did their best to erase, to hide, to cover up and to attempt to pretend it was never there.

Personally, to me, I bar, abhor and really despise the Abrahamic Mythologies and the shameful copycats thereof.

By now, the word Goddess and God were removed and She was assigned a new label of newly invented Species: Bad Demons.

These religious hustlers / bastards of the New Mythologies a.k.a New Religions, as usual they had borrowed/stolen from the ancient Greeks and their belief of a benign divinity and/or benign supernatural Beings/Different Species/Fae/Etc of a NATURE which were a cross between Goddesses / Gods and our own Species  a.k.a. Human Beings and/or Humans, which the Greeks called Daemon. And also it is the archaic form of the spelling for “demon” a.k.a. daemon.

But it all simply backfired on these morons of history because, as time went by, writers, artists, Academia, the Arts, they began to catch on, to notice that the Ancient Pre-Abrahamic Mythologies / Pre-Abrahamic Religions Pagan Goddess ASHTORETH had Herself manifested as both Goddess Ashtoreth and God Astorath, therefore, a TRANSGENDER AT WILL, a Gender-Fluid Presentation of Herself.

A Super Goddess capable of GLBTQI+ & Hetero / Gender-Fluid / Non-Binary Manifestations of Herself.

The Jewish Agrippa and his Jewish/Christian Mythology-oriented Patriarchal & Spiritual-Dualism-oriented Occult Philosophy, had chosen to portray the Goddess Ashtoreth as the Demon Astaroth and as a Prince/Princess of the 8th Order of Demons/Different-Beings/Fae/Spirit/Exus from Hell a.k.a. Lower-Umbrals/Astral.

Whether as ASHTORETH or as ASTAROTH – To me, ( a GLBTQI+ / Trans-Priestess of the Pagan Goddesses and Gods ) She is always a Woman, a Goddess to me.

She is portrayed in my dearest Pagan (Brazilian-Style/Format) Quimbanda as Mayoral Queen Pomba-Gira of the Seven Crossings: ASTARTE, and as Mayoral King Exu Astaroth which can manifest in Male and in Female Aspects.

No matter how this Species has attempted to modify and to exclude the GODDESS, She is always there, She is a belonging part of all and everything, of all Creation.

She is present within all Species, all and everything.

In Brazil, when carefully looking into Quimbanda, Candomble and Umbanda and into their many Traditions & Practices, etc, one will discover that  for instance, the Pomba-Giras / Exus which incorporate/ride their horse/enters their Medium, let’s say, the ones I work with, from Maria Padilha (her many Phalanges) , to Maria Quiteria, Maria Mulambo and dear Jurema… Or even, a dear Exu such as my dear friend, Ze’ Pelintra.

These Pomba-Giras & Exus, their Many Phalanges, when they work in Umbanda Traditions, they manifest in  different Ways, they employ different “belief and language”, different “values” and different “ways of conduct” when compared to those of different Traditions such as my dearest Pagan Quimbanda, and/or  Candomble.

During interviews with these Pomba-Giras and Exus, they have been questioned in regard to their elasticity / over-extended meanings/values and their associated wealth of different ( full of opposites) expression, from Queen of Hell to other Titles who smack hard of biblical mythological bullshit.

However, their answers, their replies always remained the same, their expression caters to what the people can handle to understand and to relate to, if you call Goddess but your whole life, you've been only taught about Demons, you will get a Demoness instead of a Goddess.

The very same applies to Fae, Elementals, Pomba-Giras, Exus, they present to the people what they (the people) can understand and work with.

It is sort of fun, to have to play primitive, dualistic and stupid characters for the sake of mutual EVOLUTION for all parties concerned.

The very same it happens with the Beings of the Goetia, none of them being any abrahamic (biblical / jewish / islamic ) mythological character at all, but if that it is only the way that the Caller, the Invoker, the Witch, the Magicienne can understand and relate, then, they all will get what they imagine it to be, they will receive everything in that manner until such a time when they can evolve beyond the horrible prisons of the "belief and language, values and ways of conduct" which were imposed upon them by their society, by their peers, by their families, etc.

So, yes, if you die and expect to see the mythological version of hell that you prefer to believe and to count on, then there is many places / regions / cities in the Umbrals, chiefly the Lower Umbrals a.k.a. Astral, which have carry your type of requirements for your level of Evolution.

And yes, you will spend sometime there until you are ready to evolve beyond its primitive absurdities and ignorance.

Because of this Elasticity of Meaningful Evolutionary Experience of the Astral, of the Umbrals, whether Lower or Higher, you can only get what your evolutionary level can understand and fully relate to.

That is the reason, why we have a Goddes such as dear Ashtoreth re-emerged, re-activated, and expressed as a Demoness, and even as a Demon, female to male and male to female again.

Goddess to Demoness, to Demon and back to Goddess again.

And if we are to include the Brazilian Pagan Quimbanda Traditions which are many, we will also find Ashtoreth as a Fae, as an Elemental, as a Mayoral Queen Pomba-Gira Astarte and/or, as a female Astaroth, and also as a Mayoral King Exu, a male Astaroth.

During my life, I mean this present lifetime, to be candid, I've been exposed to the many virtues and vices of many mainstream religions from Torah, Bibles to the Bhagavad Gita / Upanishads, to the Tripiṭaka (Tipiṭaka)...

I've been sensitive to their many good and bad points.

But I could NOT tolerate their "Hatred-For-All-Differences", their Disregard, their Disrespect for Women, Women's Rights and for GLBTQI+ & Their Rights!

I bar, abhor and really despise Mainstream Religions and with all my soul.

I do not believe in Hell, nor in Battles of/for Good and Evil, nor in any Sins at all, nor in any need for Salvation, nor in any stupid / dumb-ass species (devils/satans/demons which were only simple words loosely manipulated to become the modified aberrations and absurdities which they have become)  invented with sole purpose to tempt this species a.k.a. Human Beings.

I do believe, trust and respect all Intelligences / Different Beings / Fae / Elementals / Pomba-Giras & Exus, but after my own Belief and Language, after my own Values and Ways Of Conduct, after my own understanding, knowledge and experience / wisdom of Them.

I do believe, trust and respect all Goddesses and Gods but after my own Belief and Language, after my own Values and Ways Of Conduct, after my own understanding, knowledge and experience / wisdom of Them.

In the end, it becomes very clear, that sentence, that dear phrase "To each, their own", it is more real and truer than you will ever imagine!

You always will get exactly what your chosen "belief and language" plus associated "values and ways of conduct" have limited you to.

Until you evolve beyond that.

When it comes to Pomba-Giras showing different Personas / Values / Ways of Conduct and different Belief and Language... All you have to do is to attend different Traditions of Magia in Brazil, from Candomble, to Umbanda, to my dearest Pagan Quimbanda.

The Pomba-Giras, they are the same, the phalanges and legions are the same but they all know that they have to manifest within the guidelines of the Tradition which they choose to work with.

I feel the very same thing took place when new religions, new mythologies attempted to end, to destroy, to exclude the GODDESS.

Ashtoreth keeps coming back under different guises in different Traditions of “Belief and Language, Values and Ways of Conduct.”

I see the Spirit of the Goddess Mother Mary as a Manifestation of Pagan Goddess Shekinah, ergo, also that of Ashtoreth.

They all are different Goddesses, whoever they are, They all embody the Presence of Ashtoreth within and behind all their different façades of different Religious / Mythological clothing.

The 29th is sacred to Ashtoreth

The 8th is sacred to Ashtoreth

The 10th is sacred to Ashtoreth

The 3rd is sacred to Ashtoreth

Crescent Horns are sacred to Ashtoreth

Directions of  the West, of the East are sacred to Ashtoreth

Mondays & Wednesdays are also sacred to the Mercurian Ashtoreth

Planets Sun, Moon, Venus and Mercury are sacred to Ashtoreth

Before I close this part two article on Astoreth a.k.a. Astaroth a.k.a Astarte, etc...

Ashtoreth did what She could in order to stay, to remain "relevant/meaningful/valuable/belonging" in the evolutionary journeys of all Species.

Whether as a World Fae, whether as a Brazilian Pagan-Quimbanda-oriented Mayoral Queen Pomba-Gira, whether under the guise of another / different Goddess and/or Goddess-Name, whether turned into a God, whether as a dear Demoness, whether as a Woman, a Man and/or a Trans, whether GLBTQI+ and/or Hetero, whether white, red or black, I LOVE ASHTORETH.

And although I prefer Her as the Goddess that She was, is and will always be, I love her in all Her manifestations and I've been blessed to be allowed the gift of understanding it all over again in this lifetime. 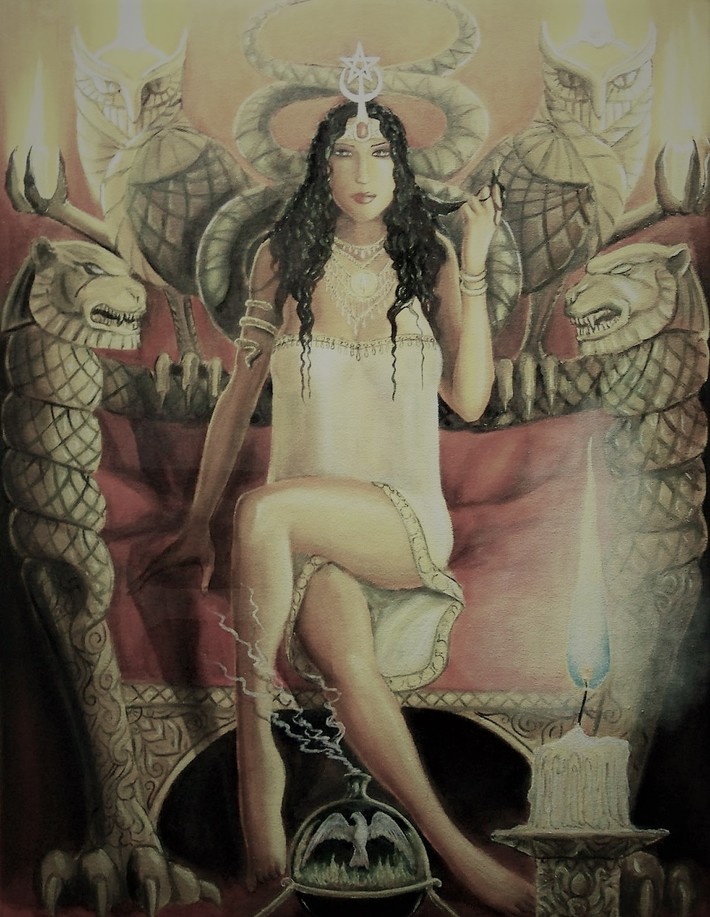 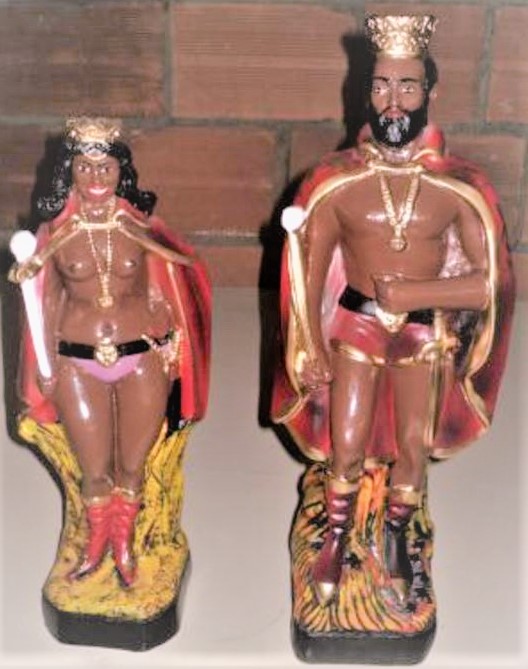 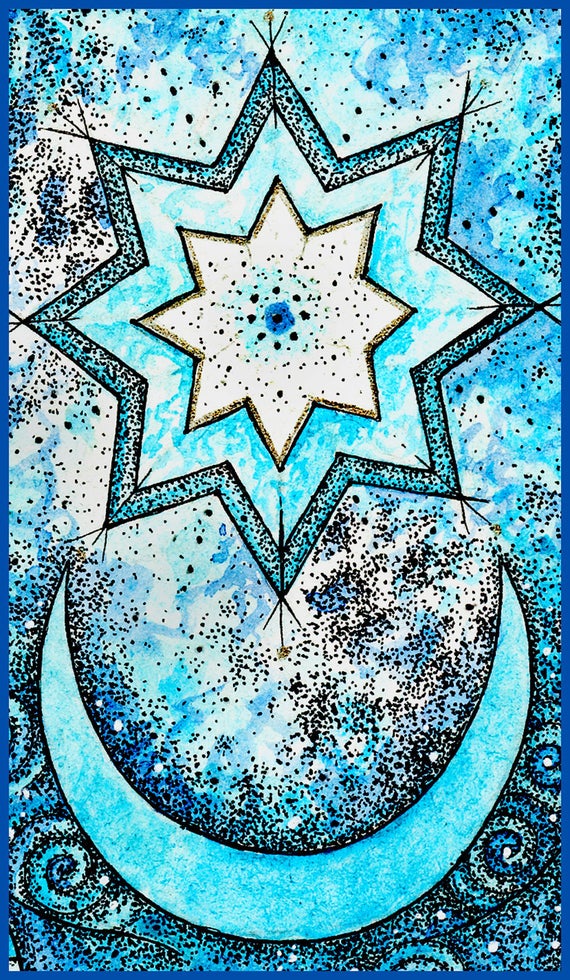 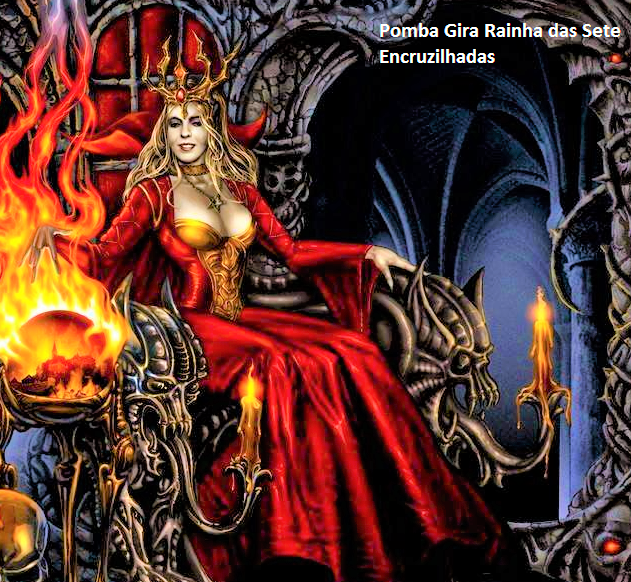 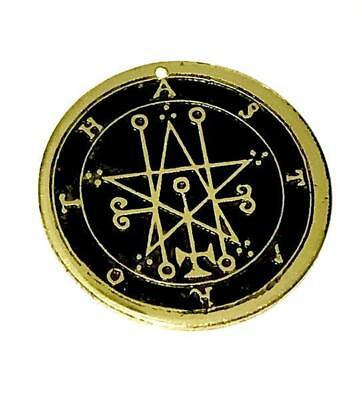