The Endangered Species Act Is Under Political Attack

Politicians backed by extractive industry interests are undertaking some of the most serious threats ever seen in the four decades of this landmark conservation law.

RECOGNIZING THAT EXTINCTION IS IRREVERSIBLE, the United States did in 1973 what no country had done before, establishing a commitment to protect and restore the species that are most at risk of extinction.

The Endangered Species Act is one of the most popular and effective environmental laws ever enacted.

Yet today, the Trump administration finalized dramatic rollbacks to the rules that..., attempting to weaken the critical and popular environmental law that serves as the last safety net for animals and plants facing extinction. The rollbacks further imperil hundreds of species and violate the spirit and purpose of the law itself.

These six species are among the many that have been saved from extinction by the Endangered Species Act:

Wolves’ incredible comeback to the Northern Rockies is one of our country's greatest wildlife success stories. Yet their future is now under threat. The U.S. Department of the Interior, under newly confirmed Sec. David Bernhardt, a former oil and gas lobbyist, is finalizing plans to take away federal protections from nearly all g... across the continental United States.

A living symbol of wilderness, the wolf is one of North America's most iconic native predators.Learn about Earthjustice's litigation and policy work to defend wol...KIRA CASSIDY / NPS An Endangered Species Act success story, our national symbol today numbers around 10,000 pairs in the United States, recovered from a low of 417 known nesting pairs in 1963. Protections granted by the Endangered Species Act, including safeguards for prime eagle habitat and work to bring the birds back to areas where they had disappeared as well as the eventual nationwide banning of DDT, were successful in turning the tide for the species. Read Earthjustice's statement from 2005 on the species' recovery.JACOB W. FRANK / NPS

Earthjustice has worked for decades to safeguard grizzlies in the Greater Yellowstone ecosystem, winning key court cases in 2011and in 2018 — the most recent court ruling spared grizzlies from a planned trophy hunt and reinstated protections that the administration had illegally taken away. The majestic grizzly still exists in the Northern Rockies, despite being eradicated from other parts of the western United States.ERIC JOHNSTON / NPS

Known to frequent the waters of Puget Sound, southern resident killer whales are starving. The critically endangered population reached a 34-year low in 2018 — 75 individuals — a problem exacerbated by the fact that no calves born in the previous three years have survived. Earthjustice legal work secured Endangered Species Act protections for the orcas in 2005. And we've worked for decades to restore the orcas’ primary food source — wild salmon. 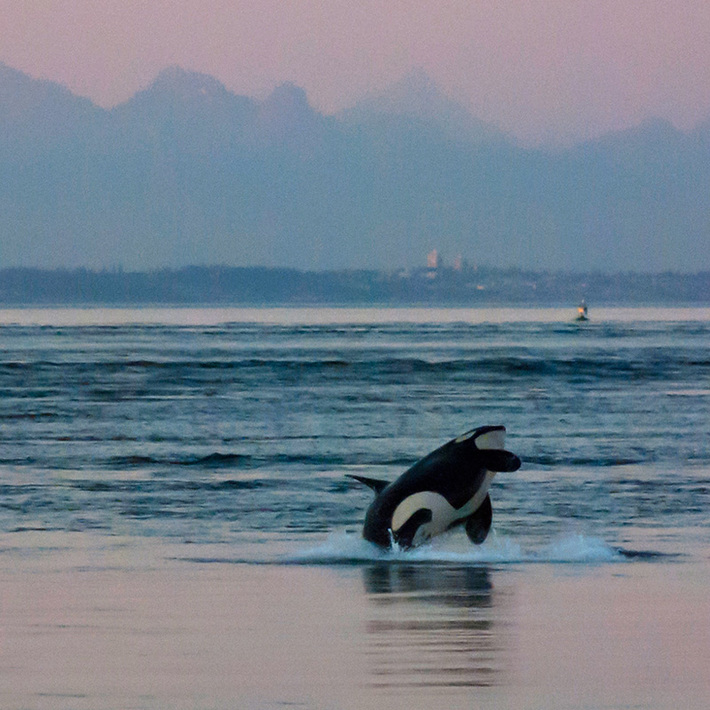 After losing their endangered status in 2018, their population fell by record numbers as sewage, manure, and fertilizer runoff continue to choke their habitat with toxic algae. Earthjustice has worked for years both on behalf of the species and to curb the algae outbreaks. These beloved marine creatures were brought back from the brink of extinction after receiving protections under the Endangered Species Act.TOBIAS FREI / GETTY IMAGES

Earthjustice is challenging in court the use of the highly toxic pesticide Enlist Duo — a combination of glyphosate and 2,4-D — that the rare cranes are likely to consume on their migration path. This delicate bird is one of the most endangered animals on earth.JIM CARPENTER / U.S. FWS

THE ENDANGERED SPECIES ACT IS WILDLY POPULAR AMONG AMERICAN VOTERS.According to a national poll conducted in 2015, 90% of American voters support the Act — impressive results in an era of partisan strife.

Scientists believe we are currently undergoing the sixth mass wave of extinction ever to impact our planet. Stemming from human activity, this loss of biodiversity is occurring at an unprecedented pace. Many species — no one knows how many — are disappearing even before they are discovered. That’s why the Endangered Species Act is urgently needed.

Scientists estimated that without the Act, at least 227 additional species would have gone extinct between 1973 and 2005.

As important, the Act has protected millions of acres of forests, beaches, and wetlands — those species’ essential habitats — from degradation. Thanks to this legal safety net, today’s children are able to experience the wonder of rare wild creatures as living, breathing parts of our natural heritage, not as dusty museum specimens.

Now the Endangered Species Act is under political attack.

LAST SUMMER, THE INTERIOR DEPARTMENT released a series of proposed changes to the way the agency interprets and carries out actions under the Endangered Species Act — including changes to the requirement that federal agencies consult with expert wildlife agencies and scientists when seeking permits for projects such as logging or oil and gas drilling operations.

IN ADDITION, THE TRUMP ADMINISTRATION aims to incorporate economic considerations into decisions about whether or not species on the brink of extinction are protected — while not taking climate change into account.

The sweeping regulatory changes were finalized on Aug. 12, 2019. The rollbacks weaken endangered species protections by permitting actions that lead to the gradual destruction of a listed species as long as each step is sufficiently modest, creating a loophole exempting activities that could harm listed species by hastening climate change, and more.

“This effort to gut protections for endangered and threatened species has the same two features of most Trump administration actions: it's a gift to industry, and it's illegal,” said Drew Caputo, Earthjustice Vice President of Litigation for Lands, Wildlife, and Oceans. “We'll see the Trump administration in court.”

MEANWHILE, ANTI-ENVIRONMENT INTERESTS IN THE HOUSE AND SENATE, backed by oil and gas corporations, mining companies, and other extractive industries, have orchestrated additional attacks on the Endangered Species Act, introducing 116 legislative rollbacks in the 115th Congress alone.

The stakes are too high to let this happen. It takes millions of years for species to evolve — but if we fail to protect our incredible, diverse fellow species from manmade threats, they can be lost in the blink of an eye.

Earthjustice, born in the same era as the Endangered Species Act, has been at the forefront of efforts to ensure this critical statute is enforced, acting in the interest of hundreds of plants and animals to ensure their survival. These benefits extend to people too. Humans are not isolated from their natural environment, and what happens to other creatures affects our own existence, too.

This government now wants to destroy the country. All he cares about his himself. Sad

It amazes me, when those who are capable of doing massive, global beneficial good, don't. Is it something in their makeup?

Ohhh me too!!!  I love wolves especially but all wildlife deserves a chance.