When it comes to Exus in general, in special, Exu-Femmes / Pomba-Giras / Elemental / Non-Enchanted & Enchanted Fae and the Spirits of the Ancestors in Brazil...

Somebody left the channel stuck on Abrahamic Mythologies and their Religions.

It is stuck on the ABSURD, PRIMITIVE Patriarchal (Men-oriented) , Spiritual Dualism-Oriented (Battle of Evil and Good invented by Zoroaster/Zoroastrian Rubbish), and Monistic (One tiny, unimportant and nasty village God passing as the only God for all) MYTHOLOGIES & their mainstream big and rich RELIGIONS.

There are a few exceptions of course, but...

Seemingly, the Collective Script which tends to be employed, which tends to be appear everywhere and to be most popular is the Peddling of the Patriarchal (anti-Women / anti-GLBTQ+ / anti-Academia) & Spiritual-Dualism-oriented (Zoroaster-influenced  Abrahamic stuffing such as Christian / Jewish Mythological (Absurd) Values, and their cast of absurd Mythological Characters, again, their mythological Values, their prescribed mythological Ways of Conduct, their usual Spiritual Dualism-oriented: Battle of Personified Good and Bad and of course, their Vilified/Modified Version of the ancient pre-Christian / Pagan Goddesses and Gods, but under a complete New-Image / Make-Over, as Demons / Devils, also their invented Threat of their version of the Underworld, Hell and their ( "Enemy of the Species" men-made mythological Version) Satan, LOL, indeed, it us all pure rubbish et ad nauseum!

Of course, there are many Other Mythologies besides the Abrahamic ( Christian, Jewish  & Islamic ) Mythologies, from Buddha to Krishna, and beyond...

And folks, many of them, they did begin and had come much much before the invention / creation of the Abrahamic Mythologies and their religions, in earlier times, in pre-Christian, pre-Jewish & pre-Islamic times.

The role of the Goddess in modern times, in shaping the Evolution of the Soul which it has always been something which cannot be avoided nor stopped, also the cleaning up of the wilful ignorance and/or, the intellectual dishonesty of the world mainstream great myths, the holy-catered bullshit and rubbish that pass for Religion and which has murdered & killed more people (Women, Children and Men) than any battles and any wars world-wide put-together and at any time at all.

Yes, religion, their different mythological INVISIBLE MAN IN THE SKY, and the wilful ignorant, and/or wilful intellectually dishonest, these fools who follow this primitive stupidity and absurd nonsense, yes Religions have killed more people than all wars put together as one.

And they did, in the name of some "god of love" who loves you, who loves us all, in other words, pure bullshit from beginning to end.

You have to be registered daft, or a certified moron in order "not" to catch on with the many "Do As I Tell You And Don't Do As I Do".

And it is already here.

People, this Species, we are going to wake up to the realities and facts of many Lifetimes / Reincarnation, of Many Realms / Worlds / Universes / Multiverses.

Absolutely there is no Battle of Good and Bad, No Abrahamic Mythological Hells, not one!

However, many, many Lower - Medium and Higher Astrals / Umbrals / Regions / Realms, etc...

Also, there are Many Different Species besides  We/Us and of Everything & All That of What We "Think" That WE "Know", from this Earth and of this ever-spending "Now-And-Here" Time-band.

Yes! There are many Different Species, Different Existences and Different Beings, etc.

Life is infinite and eternal.

The Cycles of birth, death and rebirth are just only Dynamics of Eternal and Infinite EVOLUTION, for the CHANGES that WE ALL and Everything that exist are made of.

The call for EVOLUTION is much bigger than any Species anytime, anywhere, whether above or below, it is larger than all Fae / Exus / Pomba-Giras / Spirits / Beings, Mayorals, Pagan Goddesses and Gods, etc...

It is more powerful than all Creatures.

Because it comes from the Ultimate Supreme Source of All Existence Itself.

It is something whose eternal and infinite seeds are always present inside and outside of us all, of all Creatures, of all Creation, of All Existence.

No gov, no religion and no business, no Species, nor any men-made/invented Rubbish of this world can stop EVOLUTION.

Me Myself, I do welcome and call upon/for EVOLUTION to all here and beyond!

Evolution comes to everyone and to everything.

I did not come for the patriarchal bullshit of rich and big Religions, and their absurd and sorry Mythologies.
I did come to this Earth, to this Lifetime, and to this Time-band and I did it all for the GODDESS, for the Ancient Ancestress, for the Ultimate Supreme Being Creatress, Mother Nature of all Existence and of All Origins. 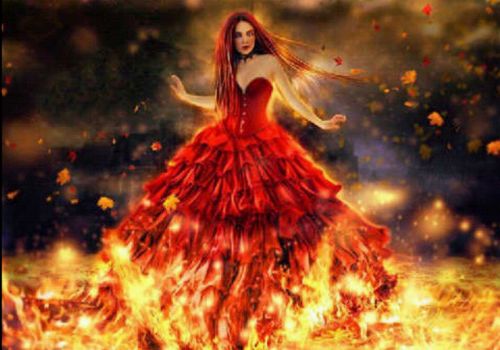 Isabel, I am very happy that you are a Dancer to the Goddesses/Gods.

Dancing makes you charming and even more beautiful!

Dancing is something sacred when we are channeling the will of the our own Nature, that what we came to Earth to experience, to share, to give and also to take.

I've written a few articles on Pomba-Giras. chiefly regarding the Pagan Quimbanda Tradition of Pagan Magick.

You could extol the virtues of some of my writings, feel free to read them and ask any questions should you have any!

A Pomba-Gira a.k.a. Exu-Woman and a Medium, it is a sacred bond of mutual love and mutual trust before anything else. And it is sacred, loyal, real and beautiful, when it happens and Au-Natural.

I think you are blessed and I have a good feeling about you, ergo, follow your heart and don't be afraid of that what you are made of, CHANGE! We all are made of Change. Evolution is the direction of all Changes, even the ones which we fail to understand for lack of information and experience.

I wish you well!

Exciting times for you! 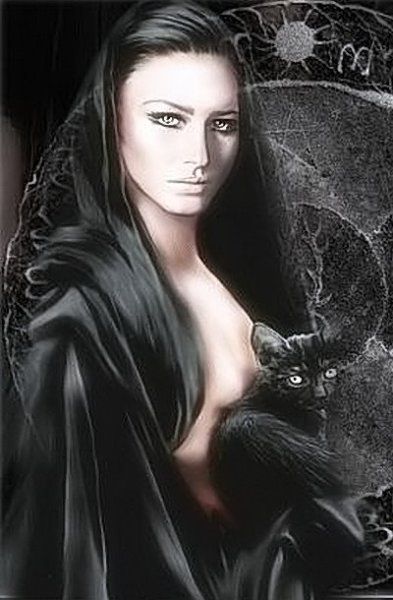 I am medium person, I have mos Gods gifts, so something I like to do is to dance. When I dance I feel free and its like iVe been a dancer all my life. Last summer comented this with a friend which is also medium. She told me that I get Pomba Gira Spirit. She also said to ask Pombe Gira Help, as she is powerful. It was my first time I heard of. What do you think?