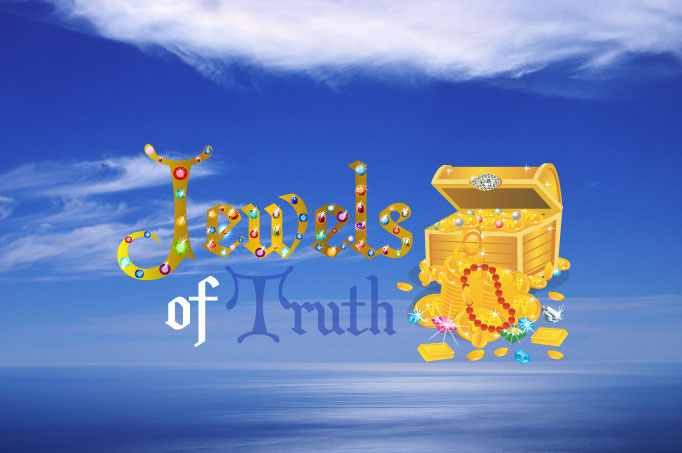 Today's "Jewels of Truth" statement #2846 is a unique perspective as Grace being restricted to a select realm of Heaven on Earth as a Dominion of God. A terrestrial offering unlike something only for this universal Creation and subsequently our world the Earth herself. One that doesn't have much bearing upon a Celestial Perfect Heaven and in some cases the heavenly limbo by extension as well.

May each of you be uplifted by these sacred truths shared by the angel. Via Claircognizant Inspirational Automatic Writing as a psychic writing technique, I've been honing for over 24 years' time now by unconditional faith in God. Amen.


The Seven Graces of Heaven on Earth:


2846) To all that beckon with great delight please come that much closer with an exuberant open heart. We welcome all that seek an audience with the Lord God Divine. Be not surprised at who we are as the angelic excellent stewards of the fates of this world the Earth.

Many have wondered if grace is only as good as where it is offered? Not so much to discredit the giver or the intended receiver. In that, we offer this lesson to educate that certain graces are restricted to limited dominions of the Lesser Heavens. As in what applies to this world as a perpetual Heaven on Earth. May not fully translate or make much sense to the Higher refined realities of God(dess) as the Infinite stairwell of many additional heavens. In so far some ethereal dimensions of bliss have predefined graces as selective and constant graces as Gifts of God. That only pertains to specific realms in a range of Highest echelon spectrum as living harmonics of purity.

For example, speaking particularly about Heaven on Earth with terrestrial needs of survival of the fittest apparent to some and not too many others. We the Angelic Host as custodians of the earthly fates offer these seven insights concurrently without much pause. That Hope, Patience, Justice as redress, Forgiveness, Mercy, Charity, and Chastity are strictly bound to the metaphysical reality of Heaven on Earth. Although the Heavenly Limbo can these higher stratosphere Gifts of God also somewhat apply in situational contexts as well. Because of the purest of the three Heavenly Grandest Dominions as it were as clusters or spheres of God's Perfection is entirely of the Heaven of Heavens.

These seven aforementioned attributes need not apply due to the Supreme Godhead. Constantly radiating like a prism of exotic diadems which is purist without example or like kind. Whereby all things occur instantaneously and absolutely well without temporal disturbances. Of a time/space paradox of a continuum analogous to any other conceived Creation as a reality anything remotely close to a Heaven on Earth example.

What this stipulates is that the delayed expectant need of Hope is inert in the Heaven of Heavens. Where all desires as needs/wants are fulfilled by the Triumphant Will of God Instantaneously. There is never any long-suffering upon the purest Heavens with the Godhead Supremacy as a gestalt truth absolutely.

Now as I continue additionally one by one please understand the relative mortal needs of these other graces in question. As attributes of the very universal condition of living upon a united Creation. As the materialistic Universes upon endless foreign realities stitching all of them together like a superb daisy chain of a continuum.

With Patience, much like with hope comes a waiting period of whichever need is necessitated. Again Patience is a strength of the Heart/Mind Interface of your beautiful Spirits of God united. However, again that is a terrestrial need forced to wait with grace. As Pure Heavenly Spirits wait for no one but God in Heaven. Meaning everything upon the Highest most predestined stations of existence. As degrees of the configured Heavens truly represent as the Best of God(dess) reborn in another form.

All of it is timeless as in no waiting required period for spirits and souls move in entirely spaceless dimensional constructs. So the grace of Patience is instantly a moot point out of the Heavenly Pearly Gates as it were. Time is a finite evolutionary vestige of primitive lifeforms as temporal distortions which are Illusions to God that it/him/her acts passing through them like a dreamscape. So our Highest Image and Likeness of God is undergirded by our Holiest Spirit which isn't of the flesh but of the Singular Soul of God.

Now onto Justice in a Perfect Heavenly society or as the Original Utopian metaphysical civilization. Justice isn't required as a staple of goodwill for all souls combined. Always overflowing in the Heavenly Hosts of bewildered exaltations of praises to God you know as Bliss. So what justice represents on Earth isn't remotely needed in the most Perfect Heaven as God itself like no other. The Creator is the Supreme Omnipresent Witness here as the Original Guardian of Totality in its/his/her profound grandeur.

Forgiveness comes healing from all emotional pains and mental forms of anguish. In Heaven forgiveness isn't required for there is never pain or suffering in earnest of the Highest Truth of God. Lest for Heaven on Earth, it is required as a purifying balm of the Holy Spirit within all lifeforms unlimited by the Divine Presence. In relation to a Heavenly Limbo, forgiveness isn't required for that form of personality distortion of each spiritual entity. Has been released from such burdens uniquely by the Absolute Forgiveness of God himself.

Where Mercy is required the world is close to horror indeed. Only Noble Giants such as yourself "Ivan the Atrayo" understand deeply this merit than most due to your decades-long reconciling faults exchanging them for your angelic form instead. In the Purest Heaven and in its counterpart of Heavenly Limbo neither is Mercy as a grace required, unlike Heaven on Earth as a divine ethereal astral framework. For the inception of mercy comes from a perilous travesty. Given shape by the opportunity to right a wrong committed as a temporary gesture of righteousness of the generous at heart upon the world.

To this Charity is the most wanton upon the world. Always struggling to overcome an unfair barbaric imbalance by a world forgetful of its sacred bond of God's Divinity. Resting upon our ever so delicate triumphant holy hearts. Here a lack of foresight as a form of temporal scarcity is absorbed by the grace of charity for the needy and the wanting of Heaven on Earth. For the Heavenly Limbo and the Purest Heavens have no mouths to feed or clothes to cover over and no need of shelter of the mortal coil. No needs or wants for that matter exist in the Exalted Heavens and only some do in the Heavenly Limbo by design of the Majesty of God.

Lastly, we arrive at Chastity having to refrain from erotic tendencies that are debased beyond that of the Testimony of Marriage. However, also unbecoming conduct that is misplaced without respect or observance of a just righteous God-loving character. This is a grace of Heaven on Earth alone. For the Heavenly Righteous Limbo requires it not. Much less the Highest Immaculate Heaven itself. All is orderly and filled with wonderous types of love never before encountered by any man, woman, child, creature, and environment with a spirit and soul body on Earth. Chastity is a guardrail where none is required in the Greater Heavens.

These seven Graces mostly belong to Heaven on Earth as terrestrial Promises of God. In order to fulfill many past global religious covenants of your ancestors. From long ago before the Age of your 1st Civilizations ever took hold on your Earth. This warrants a hearty Congratulations unto humanity for the tribulations of chaos are being healed. By these seven graces nearly each and every time by the giants of faith in God. However, each of your human creeds may define God on earth as such a blessed phenomenon with utmost humility.

We thank each of you dearly of the readers of the "Jewels of Truth" series as an ongoing angelic wisdom discourse of the Heavenly Host of God(dess). By having open hearts to soak on these treasures of the Heavens into your sacred beautiful minds. Hallelujah! ---Ivan Pozo-Illas / Atrayo.

Ivan "Atrayo" Pozo-Illas, has devoted 24 years of his life to the pursuit of clairvoyant Inspired automatic writing channeling the Angelic host. Ivan is the author of the spiritual wisdom series of "Jewels of Truth" consisting of 3 volumes published to date. He also channels conceptual designs that are multi-faceted for the next society to come that are solutions based as a form of dharmic service. Numerous examples of his work are available at "Atrayo's Oracle" blog site of 15 years plus online. Your welcome to visit his website "Jewelsoftruth.us" for further information or to contact Atrayo directly.