Touch is Awesome ~ I Love this show ~ it shows how everything is connected & Jake sees the connections in numbers. Widower Martin Bohm's wife, Sarah Bohm, died in the twin towers on September 11, 2001. Previously a newspaper journalist, Martin since has worked a series of odd jobs in trying to make sense of his life, which includes caring for his son Jake, who was born on October 26, 2000. Jake was diagnosed as autistic, primarily because he has never uttered a word, and has an aversion to being touched. But Martin begins to believe that there is more to Jake's life than meets the eye. Jake, using a series of numbers, leads Martin to discoveries about a certain equilibrium to the world. Martin may ultimately find out what Jake's grand purpose is, and why Jake was placed on the face of the Earth. Written by Huggo

Plot Summary | Plot Synopsis OFFICIAL SYNOPSIS
A preternatural drama in which science and spirituality intersect with the hopeful premise that we are all interconnected, tied in invisible ways to those whose lives we are destined to alter and impact. Through masterful storytelling, the series follows a group of seemingly unrelated characters, beginning with a former firefighter tormented by his inability to save a dying woman, an Iraqi teenager who will go to great risks to help his family, a gifted singer whose actions at a karaoke bar save lives thousands of miles away, and a British businessman desperately trying to retrieve a key piece of information from his lost mobile phone, who affect each other in ways seen and unseen. At the center is Martin Bohm (Sutherland), a widower and single father, haunted by an inability to connect to his mute 10-year-old son, Jake. Caring, intelligent and thoughtful, Martin has tried everything to reach his son, who shows little emotion and never allows himself to be touched by anyone, including Martin. Jake busies himself with cast-off cell phones, disassembling them and manipulating the parts, allowing him to see the world in his own special way. After multiple failed attempts at keeping Jake in school, Martin is visited by social worker Clea Hopkins, who insists on doing an evaluation of the Bohms' living situation. Although new at her job, Clea sees a man whose life has become dominated by a child he can no longer control. She believes his attempts to communicate with Jake are just wish fulfillment, and determines that it's time for the state to intervene. But everything changes when Martin discovers that Jake possesses a gift of staggering genius -- the ability to see things that no one else can, the patterns that connect everything. Jake is indeed communicating after all. But it's not with words, it's with numbers. And now he needs Martin to decipher their meaning and connect these numbers to the cast of seemingly unrelated characters whose lives they affect. Along the way, Martin will be guided by Boris Podolsky, a discredited aging professor who offers Martin a compelling but unorthodox theory about Jake and his rare ability. Whether it be chance, coincidence, timing, synergy or fate, there are events that touch us all, as part of an interconnected, dazzlingly precise universe.


I Love this show ~ it shows how everything is connected & Jake sees the connections in numbers. 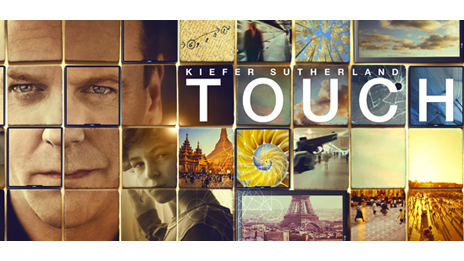 HI Greer Jonas ~ they are showing the last season at the moment on Sky 1, I haven't finished watching it yet, it was cancelled by NBC for some crazy reason. what happens to the 36 I wonder.

One of my fave shows!

Loved how it presented Quantum theories of Interconnectedness & Sacred Geometry in ways that could be easily comprehended.

Had a lot of potential; a shame the show was cancelled.