Why I wish to join The Temple & how I found out about it...
wants to see if i can learn some new things ,i found about the site on internet

About Myself & My Interests..
I am a calm friendly person

My Teachers & Influences, What was it about them that influenced me?
I haven't got any teachers

Musicians and/or Music I appreciate
enya is one i like of many .

please help i would need some smal reading

i would need a reading pretty bad since i think my soul is some dark being that wants to hurt my spirit and make my life as miserable as he can and i think im surrounding by dark beings i can clerly feel them now and than i really need help to remove them and i would love if some could heal my soul to because i think he is some dark pleiadian reptile or something very bad.. 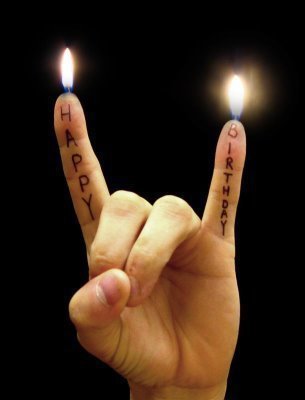 this is -part two- of a previous post that goes at the end of the preceding post below this one.  In spite of the length being below or equal to the length limit, the 'previous' message was cut short. We suspect Ning is padding the ends of paragraphs, and possibly every sentence as well.

Please read the original post before continuing with this part.

Before humans invented a personification for evil and began manipulating that persona, there was no 'Devil' or 'Master of Hell', per se, as an entity distinct from the true entity that already served in that capacity.
The ancient master of hell was more of a token figurehead that represented the entire Will of the God regarding the Heavenly Host's service to humanity. This was the One who controlled entry into heaven, aka Paradise, Valhalla, Nirvana, or whatever terms best fit a person's religion and culture. This being at the root of hell was like a perfect mirror, a mirror to show you the truth about who is the master of your destiny, a mirror that shows you your self in your Christed consciousness as it is known to Christians.

Marcus,
We have explained our concept of hell here, in our article titled 'Hell in a Nutshell'.

you recently asked a question in chat that seems to have gone unanswered regarding whether you may have angels or demons around you. The short answer is yes, however we should explain that there is a difference between what most people believe about angels or demons and what we believe.
Think of the universe in all of its complexity, so many forms, so many actions and interactions. What does it take to form a tree or stone? What does it take to build an acropolis or a city?
All of these arise from what quantum theorists imagine to be a sort of universal substrate, the quantum 'foam'.
As we see it all of creation is alive, all of creation has thoughts and feelings, even a grain of sand, the wind, a mote of dust, or a star.
Creating all of these things requires long processes that might be analogous to algorithms or computer programs.
To get from quantum foam to a stone, tree, or acropolis takes order. It takes long chains of events to form subatomic particles that build up to atoms, molecules, stones, galaxies, or living beings.
The algorithms or programs that draw together all the needed things to create anything have their own consciousness and awareness. These processes are living entities of a different order than the sort that inhabit Earth's biospheres. They are even of a different order than the living entities called memes that inhabit people's minds and cultures. Biospheres and meme complexes are more examples of the creations of these long chains of processes.
These living entities that conduct the long chains of connections between the infinitesimal proto-matter up the scalar ladders through the sub-atomic, atomic, and molecular states to become anything we can perceive are a class of beings related to angels and demons.
We say related because the terms 'angels' and 'demons' are somewhat arbitrary labels for these beings; labels that only dimly convey the truth about them. Today, these labels evoke very distorted perceptions of the beings they are meant to represent.
Furthermore, these distortions have been politically twisted by various cultures to fit the schemes of mind control developed by many religions and even nations.
There is nothing either good or evil about the beings commonly called angels or demons, they are really one and the same thing. They are the beings who help build creation; whether for good or ill is entirely up to you.
If we go along with some Christian beliefs regarding Genesis, God, Heaven, Hell, and a mythical war in heaven between the angels then we would explain matters a bit differently than most Christians might agree with.
In such a context then, we might see these matters like this:
God created man after creating the heavenly host (angels). After giving man free will God then asked His heavenly host to serve mankind. Some of the angels could see where this might lead them. With free will humans could ask angels to do terrible things, things that would hurt themselves or other people.
Those of the heavenly host which today are called angels rebelled against serving humans in any harmful capacities. These angels rebelled against God's will and chose to serve only the 'good' intentions or desires of human beings. The remainder of the heavenly host chose to serve God according to His explicit intentions, so they got stuck with the all the scut-work. They didn't like serving humans in their worst capacities, but this was what God asked of them; because they loved God faithfully they accepted this burden. These angels moved closer to humanity in an area that became known as Hell. Ironically, these are the most faithful servants of God.
Over time mankind grew wise enough to see that some angels served their 'good' deeds, while other angels served their 'darker' deeds. Angels serving the 'darker' deeds were eventually labeled demons.
Before humans invented a personification for evil and b