This is a Mahayana Buddhist festival that marks the death of the Buddha.

It is also known as Nirvana Day.

Buddhists celebrate the death of the Buddha, because they believe that having attained Enlightenment he achieved freedom from physical existence and its sufferings.


The Buddha's death came when he was eighty years old, and had spent forty years teaching after his Enlightenment. He died in a state of meditation, and attained nirvana, a release from the cycle of death and rebirth.

The Parinirvana Sutta describes the Buddha's last days, and passages from it are often read on Parinirvana Day. 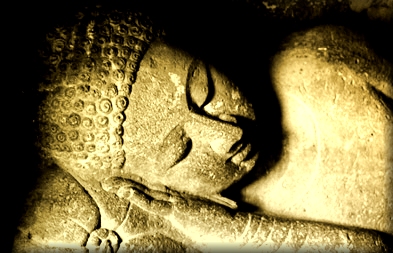 Buddhists celebrate Parinirvana Day by meditating or by going to Buddhist temples or monasteries. As with other Buddhist festivals, celebrations vary throughout the world.

In monasteries Parinirvana Day is treated as a social occasion. Food is prepared and some people bring presents such as money, household goods or clothes.

The day is used as an opportunity to reflect on the fact of one's own future death, and on friends or relations who have recently passed away. The idea that all things are transient is central to Buddhist teaching. Loss and impermanence are things to be accepted rather than causes of grief.

Meditations are carried out for the newly deceased to give them help and support wherever they might be now. Permalink Reply by Leila Raven on February 15, 2011 at 4:39pm
As far as my understanding goes one meditates in a general fashion on self, and on death/the impermanence of life, and the achieving of nirvana along with the transition of death. I know of no specific structured meditations though perhaps some of the Buddhist writings toward the end of the life of the Buddha would be appropriate to read.