The mysterious beauty of bones is undeniable.  As symbols of life, death and transformation they are a mystery and paradox with many occult secrets gathered over the millennia. 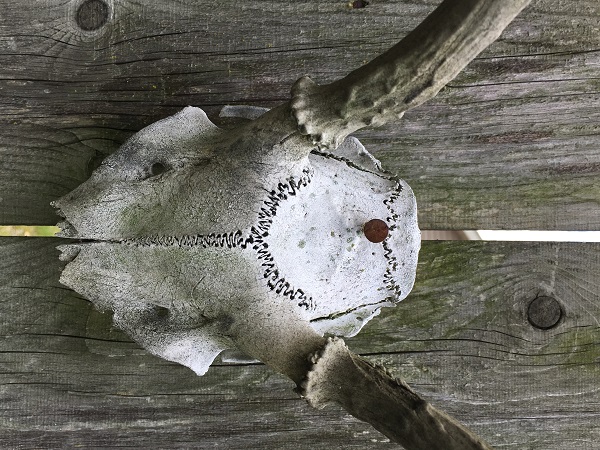 Since the Paleolithic period, mankind has utilized the osteological remains of animals and fellow humans for utilitarian needs and also as ceremonial tools for ritual.  Bones, which are the dense mineral remains of many living creatures resemble in texture and strength the stone found in the earth.  Minerals were also seen as the bones of the Earth, giving precious metals like iron, gold and silver special significance.  Other mineral formations were significant as well, such as sea shells, crystals, and petrified organic materials which all held spiritual importance to many early civilizations.  These artifacts formed without the influence of human hands were prized for their beauty, rarity, and value.  Horns, skulls, and other naturally formed vessels and containers could be used to receive and hold offerings or serve as a home for the spirits themselves.  Many ancestral altars will feature osteological remains for their connection to the spirit world, and their property as a spirit vessel.  When used on an altar as the focal point for spirit allies; bones and skulls are often taken at face value for their aesthetic qualities.  Some seem to shy away from using bones because of their darker associations and environmental implications.

It hasn’t helped that in the past few years stories of grave robbers have come out dealing with individuals who associate themselves with the magical community stealing and selling skeletal remains taken from New Orleans’ cemeteries.  These people attempt to sell these stolen remains to other practitioners.  These individuals often novices themselves are dangerous to our community at large.  By exploiting the dead they invite retribution from both sides of the veil. 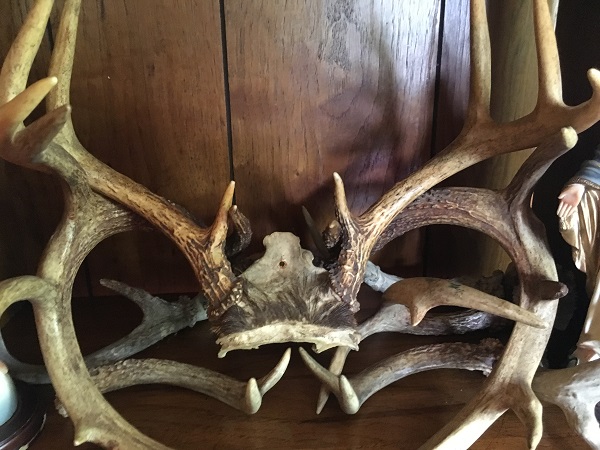 An indoor altar or devotional space serves as a proxy for the energies and spirits of nature; the true altar being the Earth herself outdoors.  Symbols, tools, and reminders of our Craft stay on the altar, changing seasons like its outside counterpart.  I believe there is much to be gained through making regular offerings and devotional trips to the outdoor altar.  Tending to the same plot of land and the spirits therein is quintessential to classical witchcraft.  Our relationship to familiar spirits is paramount to our practice as witches.

Bones symbolize life, death and rebirth holding the fertile potential of the dark earth from which all life rises.  This chthonic fertility is an important aspect of earth energy, embodied by the Dark Goddess, not only the enlivening spark from above but the pulsing emerald glow of internal phosphorescence.  Keeping a skull on one’s altar is a common traditional practice often misunderstood in a modern context.  However, these sacred vessels are a focal point allowing us to strengthen our connection to ancestral spirits, familiars, the earth and the Horned One himself.  The skulls used are generally a horned animal and on a rare occasion a coven may have a ceremonial human skull.  These vessels of divine light and promethean illumination are a quintessential aspect of traditional witchcraft seeking to restore the Luciferian stream of consciousness that religious institutions have cut us off from.  Often symbolizing the “light betwixt the horns” of the Sabbatic Goat, a candle is usually placed between the horns of the vessel itself or symbolized by the two-pronged stang.  The symbol of horns or an upright crescent is a symbol of ancient providence that can be traced back to the lunar and solar religions of Mesopotamia and Egypt where they originated as symbols of divine knowledge.

Rituals of preparation are performed over a new vessel, including the using censing with smoke and purification through the elements.  The skull is then enlivened through rituals of breath, breathing spirit fire into this once empty vessel.  The process known as reddening is an ancient rite, using a red ochre paste to coat the bones.  This enlivening process symbolizes blood and vital force being absorbed into the vessel.  Smaller bones used for divination and various other charms are common.

I have always been fascinated by the gifts of nature.  Stones, roots, and special sticks would be collected by me an fashioned into tiny charms and trinkets as a child.  These little treasures always held a sense of wonder, leading to many collections of mineral and botanical specimen.  I often felt that I was not the only one appreciating the small treasures that I would leave out in the gardens at my grandparent’s house.  When modern people see bones on an altar the first thing that comes to mind is often sacrifice.  in our modern society, unless living as a subsistence farmer, animal sacrifice is inappropriate because it lacks any traditional or cultural necessity that would make such an act appropriate.  In modern society this would be akin to sacrificing one’s cat or dog, or totaling your car on purpose.  It wouldn’t be practical or appropriate to do such a thing.

First and foremost, as an animist I revere all life as sacred, having its own spirit.  In my practice an animal would never be harmed to achieve any end.  Some old rituals call for a bit of blood here and there, which holds its own ancient power.  Blood drawn and offered from oneself will always hold more power than that which is taken.

I don't have any bone or antler in my collection yet, but I would like it if nature was to gift me some soon.

In the meantime I treasure my piece of coral almost as much as to me, it is the connection to the spirit of the element I love most, the water.

Me neither but I have been reading about all that you can do with bones and ones of all kinds.  It's fascinating and some of the art is so beautiful!