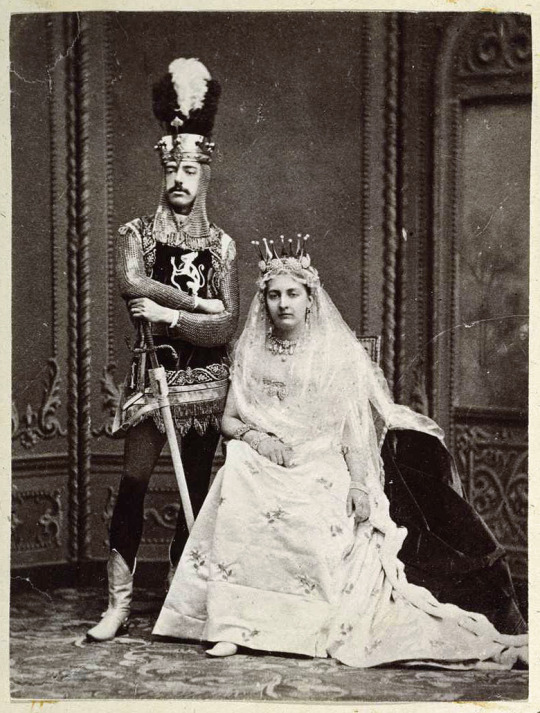 The wedding day of Maria Vittoria dal Pozzo and Prince Amedeo of Savoy is considered by some to be the worst wedding day in history. Upon the couple’s engagement Amedeo’s father, King Victor Emmanuel II of Italy, expressed his severe disappointment in his son’s choice of bride and cursed their marriage and wedding day. Amedeo chose to marry Vittoria despite his father’s disapproval and threats and arrangements were made.
The wedding day turned out to be a parade of death. The seamstress who had designed and made the bride’s dress hanged herself the night before the wedding. Vittoria took this as a sign and chose a different wedding dress to wear. During the bridal party’s procession one of the colonials riding horseback fell off of the animal and died. When the party finally reached the palace gates (after replacing the fallen horseman) they found that the gates were locked. Someone went to fetch the gatekeeper, whom they found in a pool of his own blood, dead.
Once he couple was married, the best man shot himself in the head. This was followed promptly by the man who drafted the wedding contract falling down dead from mysterious causes. The couple fled to a train station to quickly put an end to the day’s events and get on with their marriage, at which point a stationmaster fell beneath a carriage and was fatally run over. If that wasn’t enough another guest, the Count of Castiglione, was also pulled under a carriage and a medallion that the King himself had gifted him with stabbed him in the heart.
The most cursed wedding in history ended with the couple unscathed, but Vittoria died at age 29 in childbirth ten years later.