Though more frequently remembered for his tales of mystery and the macabre, Edgar Allan Poe wrote at least six hoaxes during his lifetime. Today many of these works are presented in collections as fic

Though more frequently remembered for his tales of mystery and the macabre, Edgar Allan Poe wrote at least six hoaxes during his lifetime. Today many of these works are presented in collections as fiction, without noting that at one point Poe had tried to pass them off as fact. Most of the time, he wasn’t very successful at pulling the wool over the public’s eyes — but there were a couple of notable exceptions. Read on for a brief guide to Poe’s six most famous humbugs.

Hans Pfaall's life on the moon 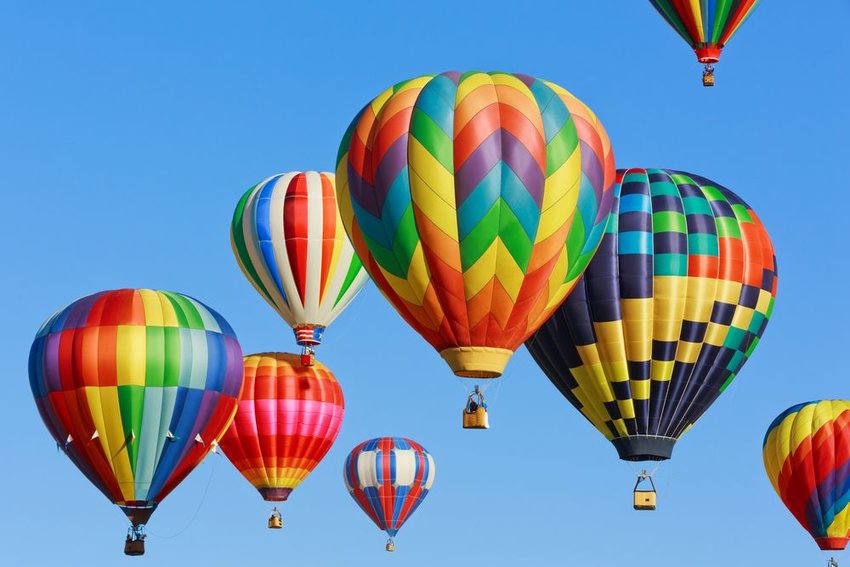 Poe’s first hoax, “The Unparalleled Adventure of One Hans Pfaall,” scored points for inventiveness but was not a great success otherwise. Presented as a news report, it was printed in the Southern Literary Messenger in June 1835. The bulk of the text is a letter written by Pfaall, a supposed resident of Rotterdam, describing his 19-day journey to the moon. In the letter, Pfaall explains that he’d fled to the moon — in a contraption he designed after finding a scientific treatise at a bookstall — to escape his creditors on Earth. He’d recruited the creditors into helping with his ascent, but had accidentally killed them while taking off. After five productive years on the moon, the letter explains, Pfaall was now “pining for a return” to Earth. He promised to share the “physical and metaphysical” knowledge gleaned on his trip if only he could be pardoned for blowing up his creditors, and thus return to the Netherlands without fear of punishment. In the story, the letter itself is delivered via balloon to Rotterdam by an earless, “odd little gentleman” clad in sky-blue satin — a resident of the moon, who drops the missive at the feet of local burgomaster Superbus Von Underduk.

When the hoax was published, the Southern Literary Messenger was only 10 months old and did not yet have a wide audience. The periodical ran both fact and fiction, and most readers figured out that Poe’s work was the latter. Aside from using a witty, bantering tone, Poe scattered not-so-subtle clues throughout the text, like describing the hot air balloon as being constructed of “dirty newspapers” in the shape of “huge fool’s-cap turned upside down.” Toward the end of the story, in a somewhat meta moment, he also admitted that Pfaall’s letter had been decried by some as a hoax — but that for “over-wise” people, hoax was just another word for something they didn’t understand.

Today the Hans Pfaall story is considered an early work of science fiction. And while it didn’t fool many people on its own, it also went on to inspire one of the biggest 19th century hoaxes: the Great Moon Hoax of 1835 (see below). 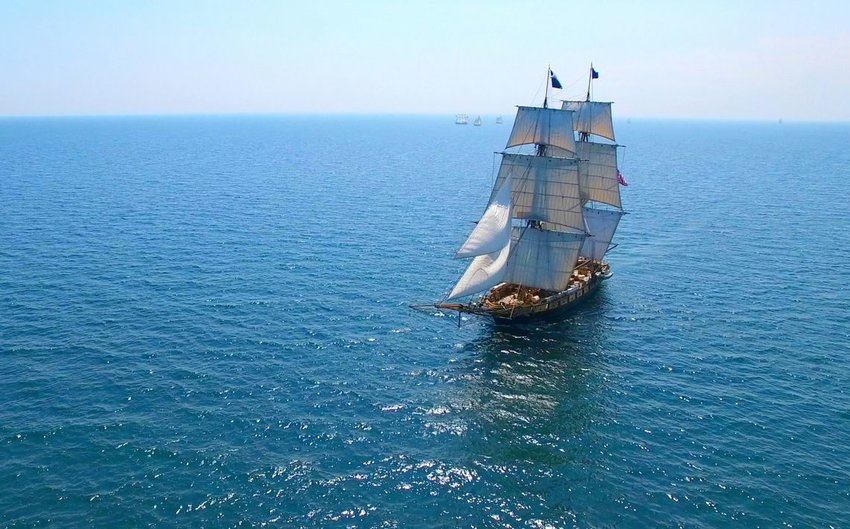 The first half of “The Narrative of Arthur Gordon Pym of Nantucket” initially appeared as fiction in serialized form in the Southern Literary Messenger in early 1837. But, confusingly, when Poe published the full text a year later, he added a preface calling the story fact.

It’s likely that few readers were entirely convinced: The story, featuring a boy named Pym who stows away onboard a whaling ship called the Grampus, is a classic swashbuckling adventure featuring mutinies, hostile natives, hungry sharks, and cannibalism. While the germ of the story was based on a real-life newspaper report, it also featured more supernatural experiences. Yet it was written in an earnest tone, unlike the lighter, humorous feel of “Hans Pfaall.”

The tale — Poe’s only novella — didn’t earn much praise from critics. The London Metropolitan Magazine was bewildered by the fact that it had appeared as both fiction and fact, and wrote, “As a romance, some portions of it are sufficiently amusing and exciting; but, when palmed upon the public as a true thing, it cannot appear in any other light than that of a bungling business — an impudent attempt at imposing on the credulity of the ignorant.” Another critic, William Burton, wrote that “a more impudent attempt at humbugging the public has never been exercised.” Nevertheless, the story was highly influential for the likes of Baudelaire, Jules Verne, H. P. Lovecraft, and Herman Melville, who likely read it before writing Moby-Dick. 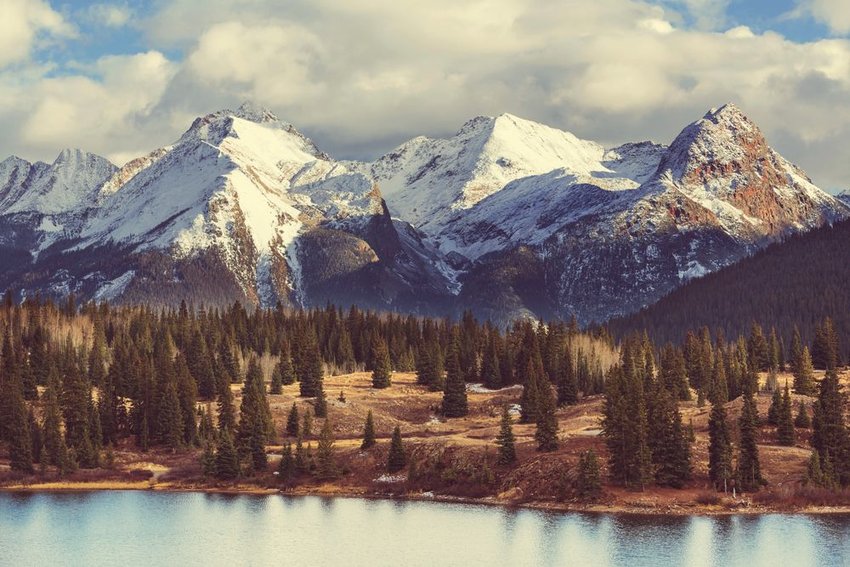 Despite William Burton’s harsh critique of "Arthur Gordon Pym," Poe became an assistant editor at his magazine in 1839. “The Journal of Julius Rodman” was published anonymously in Burton's Gentleman's Magazine in six installments in 1840. The unfinished story partly consisted of a diary supposedly describing a daring 1792 trip led by one Julius Rodman across the Rocky Mountains. If true, the expedition would have made Rodman the first European to cross those mountains.


This time, the hoax made it as far as Congress, which noted in a Senate geographical document describing the Northwest: “It is proper to notice here an account of an expedition across the American continent, made between 1791 and 1794, by a party of citizens of the United States, under the direction of Julius Rodman, whose journal has been recently discovered in Virginia, and is now in course of publication in a periodical magazine at Philadelphia."

Of course, Rodman was entirely Poe’s creation. To make his fabrication seem as authentic as possible, he’d borrowed liberally from Lewis and Clark’s History of the Expedition and Washington Irving’s Astoria, among other sources. Despite the success of the story—which some critics read as a satire of the public’s hunger for exploration narratives — Poe was fired from Burton’s magazine after the two men repeatedly sparred. Poe never finished the tale. 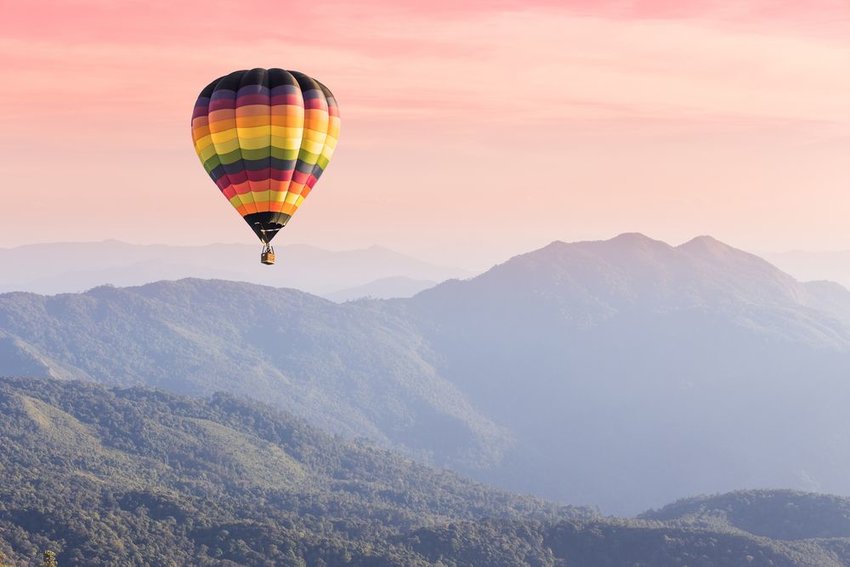 Just two months after Poe published “Hans Pfaall,” the New York Sun ran a series of six articles sharing incredible reports from a journey to the moon, which was apparently crawling with unicorns, bipedal beavers, and humanoid bats. The reports were a stunning success with the public, selling thousands of newspapers before being revealed as fakes about a month later.

The author of what’s known today as the Great Moon Hoax was never definitively revealed, but many scholars believe it was Sun reporter Richard Adams Locke. Poe suspected he’d been plagiarized and greatly resented the success of the Great Moon Hoax, but later got a measure of revenge by publishing his own hoax in the Sun.

On April 13, 1844, the Sun appeared to carry wonderful news: A balloon called the Victoria had crossed the Atlantic in a mere 75 hours. At the time, the trip usually took ships two weeks. Furthermore, most of the trip had been accidental; the balloon was trying to cross the English Channel, but ended up being blown off course and landing in South Carolina.

Of course, Poe had manufactured the whole thing, but he’d included a wealth of scientific detail, lending it an air of verisimilitude. He’d even named the pilot of the Victoria after a real person — the famed aeronaut Thomas Monck Mason, who had made a balloon trip from England to Germany in 1836.

There’s some debate on how credulously Poe’s report was received, but the news was picked up by at least two papers who reprinted it as fact. It also seems to have caused a frenzy in New York: Poe later wrote that on the day it appeared, “I never witnessed more intense excitement to get possession of a newspaper.” But after a brief hubbub, the Sun retracted the story two days later. Still, it’s considered Poe’s most famous hoax, and alongside “Hans Phaall,” is said to have inspired Jules Verne’s early works.

Poe had a knack for writing about themes that the public in the 19th century was obsessed with, whether it was balloon travel, maritime adventure, or, in this case, hypnotism. In 1845, he published in the American Whig Review an account of an experiment designed to see whether hypnotism — or more accurately, an earlier form called mesmerism — could forestall death.

The report described a man named M. Ernest Valdemar who was placed in a trance just before passing away. After going into a kind of suspended animation, Valdemar’s pulse stopped while his brain remained alive — and hypnotized. Valdemar reportedly stayed in the condition for seven months, pinned somewhere between life and death, before doctors decided the experiment had gone far enough. The unnamed hypnotist of the story then gave the command for Valdemar to wake up. The moment he did so, the man’s body rotted before everyone’s eyes into a loathsome, “nearly liquid mass” of “detestable putridity.”

This hoax was a success, and reprinted as fact on both sides of the Atlantic. One noted hypnotist even said he had no doubt the events described were possible, since his own hypnotism had supposedly once brought a man back to life. But when a friend asked Poe to weigh in, he wrote back “Hoax is precisely the word suited to M. Valdemar's case."

Poe earned much praise for his efforts, despite (or perhaps because of) the story’s detailed gore. The famous English poet Elizabeth Barrett Browning wrote to Poe commending his power of “making horrible improbabilities seem near and familiar,” a comment that still seems apt.

All that shimmers is not Von Kempelen’s gold 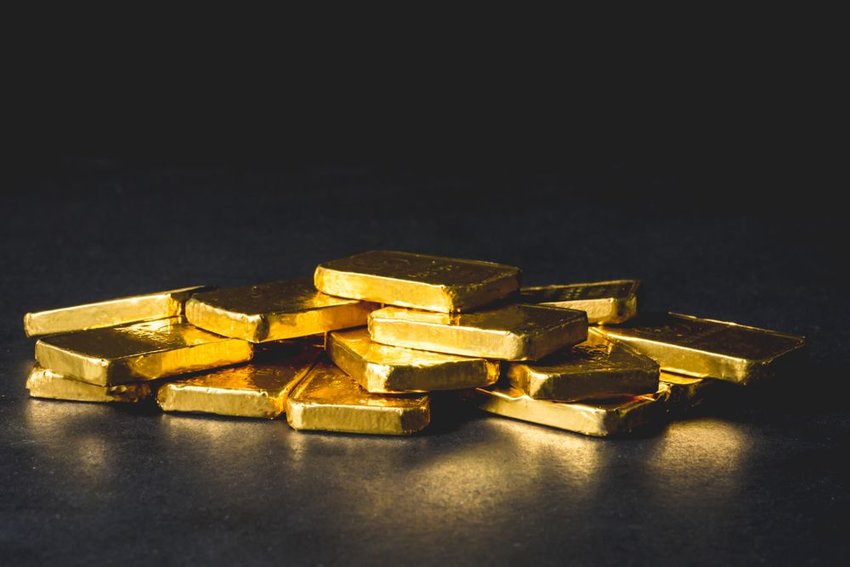 In April 1849 (but not on April Fools'), The Flag of Our Union carried news of a surprising scientific discovery. One Von Kempelen, a German chemist, had arrived at an alchemical process that could turn lead into gold. Notably, the news report said, the discovery had already led to a 200 percent spike in the price of lead in Europe.

The report was actually written by Edgar Allan Poe, who apparently hoped the news would check the “gold-fever” that was then seizing the nation’s forty-niners. Unlike other hoaxes of Poe’s, however, few people seem to have been taken in. This time, it was clearly just too good to be true.