Thelema is based on the writings of our beloved prophet, Aleister Crowley, particularly the Book of the Law, which was dictated to Crowley in 1904 by a Holy Guardian Angel called Aiwass. Crowley is considered a prophet, and his works are the only ones considered canonical. Interpretation of those texts is left up to individual believers.

The books in the Thelemic canon are divided into four different classes. “Holy books” belong to class “A” and they have been defined as being unchangeable books, where even the style of letter shouldn’t be touched. Holy books shouldn’t even be criticised, only commented. Class “B” consists of enlightened books and writings resulting in earnest scholarship. Class “C” books are more suggestive material and class “D” consists of official instructions and rituals. Some books belong partly or wholly in more than one class.

The basics of Thelema are usually put forward “in a nutshell” in the following sentences:

- “Every man and every woman is a star”

- ”Do what thou wilt shall be the whole of the Law” and “thou hast no right but to do thy will.”

According to most Thelemites, every human being has his/her own True Will, which is the purpose of their being. The Law of Thelema defines that everybody should first find and then follow their own True Will in order to find the fulfilment of their own life without restrictions. Because two different True Wills can’t be contrary to each others (“Every man and every woman is a star”), the law forbids individuals to meddle in the True Will of any other individual.

This is closely connected to the previous sentence, pointing out that the innermost basis of the Law of Thelema is love. Every individual unites with his/her True Self in Love and growing stronger from this union, all the aware individuals of the world will unite in Love with all the other beings. The Thelemic word view is mystical and metaphysical and it combines pluralistic, dualistic, monist, mystical and nihilistic views of the world within an over-all cosmic principle. This view is described using rather detailed symbolism. The basic premise is the existence of two cosmic principles. All of the visible existence arises from the interaction of these two. One of these principles is the all-pervading Space-Time Continuum, which is personified by the Goddess of Infinite Space Nuit, who represents continuality and the primal source of everything. The other principle is the individually expressed principle of life and wisdom, the winged serpent Hadit, who is the spouse of Nuit and represents the continuing forces of creation. However, Thelema is only seemingly dualist. Dualism isn’t actually a feature of Thelema, as everything, in the end, originates from Nuit – including Hadit. These two form a one in Nuit, so that even Hadit originates from Nuit and is a part of Her. Nuit is “the perfect emptiness of nothing”, but She isn’t static, unchanging nothingness. Instead, She is the dynamic foundation of all existing – observable – universe, who strives to form diversity as an integral part of Her own being. The interaction of these two principles, Nuit and Hadit, gives birth to the Principle of Consciousness, who governs life and existence. This is personified by the hawk-headed sun god Ra-Hoor-Khuit (Horus).

Thelema’s idea of soul follows the traditional Hermetic model, where each individual has a soul or “body of light”, which surrounds the physical body in layers of sheaths. Every individual is also considered to possess a “Holy Guardian Angel” (Augoeides, HGA), which can be considered both as the “higher self” and as a separate sentient divine being.

Life and death are seen as a continuum in Thelema, with death being an integral part of the whole. In order for the mortal life to continue, the mortal life has to end. However, HGAs are considered to be immortal, independent on both life and death. Bodies of light are considered to be “reincarnating” (metempsychosis – the transmigration of a soul from one body to another after death) after the death of the body so that it will develop in wisdom, awareness and psychic powers to the point that its fate after death may ultimately be determined by the Will of the individual.

The ideas of cultural and personal consciousness are combines in Thelema. History is divided in cycles of Aeons. Each aeon has their dominant concept of divinity and their own models of redemption and advancement. The present aeon is considered to be the aeon of Horus. The previous aeon was that of Osiris, and the previous to that was the aeon of Isis. According to the Thelemic understanding, the Neolithic aeon of Isis was dominated by the Maternal idea of divinity and its model centred on honouring Mother Earth in return of the nourishment and shelter She provided. The Classical/Medieval aeon of Osiris was dominated by the Paternal idea of divinity, the model being self-sacrifice and submission to the Father God. The current aeon of Horus is considered to be dominated by the principle of the Child – the sovereign individual – and its model is that of growth leading to better self-understanding in both consciousness and love.

According to the teachings of Thelema, the expression of the Divine Law during the aeon of Horus is “Do what thou Wilt”. This Law of Thelema should not be interpreted as being a permission of fulfilling any and all whim you might come up with, but as a divine mandate to find your True Will and your real meaning of life. The “acceptance” of the Law of Thelema is what defines who is a Thelemite and who isn’t. The goal of a Thelemite is to find his/her True Will and to fulfil it. An integral part of this process is to achieve “Knowledge and Conversation of the Holy Guardian Angel”. The methods of gaining this goal vary and they are usually grouped under the general term “Magick”. 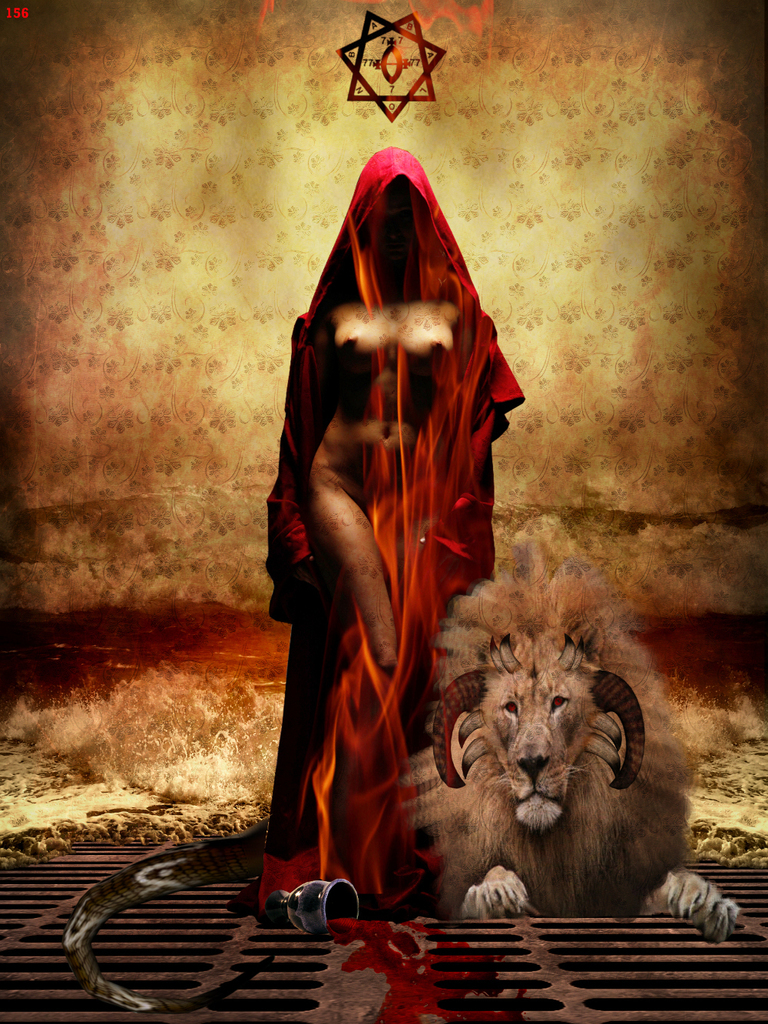 Crowley mentions invocations, self-control, regular rituals, sexual magic, devoting to a certain deity by the means of worship, breathing exercises, guided visualisations, using personal symbolism, centring etc as a means of self-advancement. The means to attain the goal are vast. One might say that whatever means will develop you True Will and distance yourself from the self-sufficiency from the world-view surrounding yourself – the mean is what you can use. Every single Thelemite is not only entitled, but also obligated to find THE way to find and fulfil his/her True Will, writing down each step along the way. When it comes to “organised Thelemites”, they should report to their tutors, who should then be able to guide the seeker along. All in all, the needs of each individual are far more important than following a certain formula or pattern of practice.

Practically every Thelemite keeps a “magickal journal”, writing down his/her practice of magick and development. Many include in their daily practice a model of prayer, found in Liber Resh vel Helios, which is repeated four times a day. A usual form of daily practice include a banishing ritual (Lesser Banishing Ritual of the Pentagram or Star Ruby) repeated twice a day.

Many a Thelemite will take a mystical name or “magical motto” as a sign of devotion to the path. They will often greet each others (and others) by saying: “Do what thou wilt shall be the whole of the Law", which is then replied with “Love is the law, love under will.” In written media, this is usually transformed to where you will begin a message with “Do what thou…” and end it with “Love is the law…”. These sayings get usually shortened to their numerology, so that you’ll greet with “93” and end with “93/93”. For Thelemites, 93 denotes both “Will” and “Love”.