There is nothing so bitter that a patient mind cannot find some solace for it. -Seneca

We have reached the end of February and I find that at this time of year we all need a little solace.  We are surrounded, here in the northern hemisphere, with gigantic snowbanks filled with the striations of the layers of winter which we seem to carry upon our backs.  They present themselves as eons of the dark season reminding us of  the geologic ages that have passed since we have seen the green…

We are one with the universe…

On September 5th 2013, Bruce Schneier, wrote in The Guardian: Jewels of Truth Statement: "Awakened To Illuminated Healing With The Angels"

Today I'll be sharing what you've come to expect although the source being my Spirit Guides and/or Teachers as the Angels. Since my writings wouldn't ring true to the spiritually minded if all I did was write from my false ego. I write by subjugating my ego allowing my spirit entity to lead by intuition. The result is what is called "Automatic Writing" technique as a psychic ability for writers. Be a writer spiritually minded or not, believe they have a psychic…

“Caroline Fang and the Train to Eden”

What a Winter season its been thus far at least here in America with blasts of freezing snow, sleet, and rain. What they're coining as a polar vortex or polar blast in this hyper Winter season. However I'm experiencing very little of it since I reside here on the Gulf Coast of Florida.

What's happening to our world the Earth be it man made or natural meteorological phenomena makes very little difference right now. Right now what matters is how as a human…

"Jewels of Truth" Reading From Volume 2, A Statement On "Lovers & Love" Itself

Traditionally this is a celebration for couples however in an all inclusive spiritual universe. The definition of Lovers can be stretched a bit further to denote the faithful in God(dess). Be it Catholic Nuns that have taken "Jesus Christ" as their own bride groom in faith. If not Buddhist Nuns doing in kind with "Lord Buddha" himself in spirit. All whom love unconditionally fall loosely into the category of…

As "Saint Valentine's Day" is only five days away from us now. I wanted to share a spiritual wisdom statement I wrote back in early January. On the topic of Lovers in maintaining a relationship full of grace. That's the Ideal, however we all so frequently snap at those we would often go to the ends of the Earth for in tribulations. For those stating I love my partner, but not in such a selfless manner. Well you have what you have in each…

“To me ritual is the sacred art of stopping, listening and being. Whether we gather as a group to celebrate and connect, to share the inspiration of tribe or dance in the insanity of personal connection and vision. Ritual allows the humdrum of…

"Jewels of Truth" Reading From Volume 1, A Statement On "Manifestation"

When one learns to interface, mold the ethers, and express an outcome they are using the eternal network of God across Infinity.  Using the means of inherent alpha soul technology to trigger changes in omega. (Our daily lives in this shared realm) Our souls haven't been a fully quantified force to affect change in our reality. Perhaps when humanity takes its next technological leap they may include phenomena of the human spirit into the equation. Thus the… 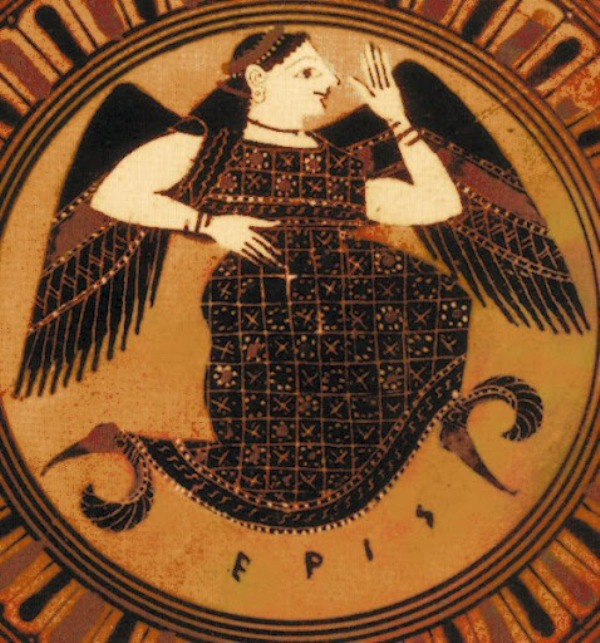 Furrina is an ancient Roman Goddess Who may have Etruscan origins. Her exact nature is debated; however Her worship is quite old, dating from very early times, though by the end of the Roman Republic Her cult was almost forgotten. She had a sacred grove located…

"Jewels of Truth" Reading From Volume 1, A Statement On The "Holy Spirit"

The ultimate way to live your life is to just be an unconditional expression of love. Doing so you will begin to notice the hand of the "Holy Spirit" putting things into place for you, your loved ones, and strangers alike. This is the perfection of Spirit, since the ego can not ever attain perfection due to its own imbalanced nature of being. Amen. ---Ivan Pozo-Illas / Atrayo.

”The Quarry Men:” A Conversation on New Mythology with Carridine Poran and Willi Paul

”The Quarry Men:” A Conversation on New Mythology

with Carridine Poran and Willi Paul

Carridine invited Willi to talk after reading tens of Willi’s interviews with people involved with permaculture and mythology. Willi’s compelling applications of…