The Meaning Behind The Black Panther

The panther is a very powerful and ancient totem. It is generally associated with a particular species of leopard or jaguar although the cougar is also referred to as panther. As with most of the large cats, the panther is a symbol of ferocity and valor. It embodies aggressiveness and power, though without the solar significance. In the case of the Black Panther, there is definitely a lunar significance. The panther has over 500 voluntary muscles that they are capable of using at will. This reflects a great deal about an individual who has such animals as a totem. It reflects an ability to do a variety of tasks as he or she wills. It is simply a matter of deciding and putting to use those particular “muscles,” be they physical, mental, psychic, or spiritual. As a whole panthers are loners (solitary) although they do associate with others, they are most comfortable by themselves or within their own marked territory. They are drawn to those individuals who are likewise often solitary.

Panther is secretive, silent, and graceful in her every move. She is solitary by choice, she tells little though listens much. She is careful not to share too much information, only enough to ease curious minds.
Of all the panthers, probably the Black Panther has the greatest mysticism associated with it. It is the symbol of the feminine, the dark mother, the dark of the moon. It is the symbol for the life and power of the night. It is a symbol of the feminine energies manifest upon the earth. It is often a symbol of darkness, death, and rebirth from out of it. There still exists in humanity a primitive fear of the dark and of death. The Black Panther helps you to understand the dark and death and the inherent powers of them; and thus by acknowledging them, eliminate your fears and learn to use the powers. In China there were five mythic cats, sometimes painted like tigers or leopards. The black reigns in the north with winter as its season of power, and water its most effective element. This is the element of the feminine. This is the totem of greater assertion of feminine in all her aspects: child, virgin, seductress, mother, warrioress, seeress, and the old wise woman. 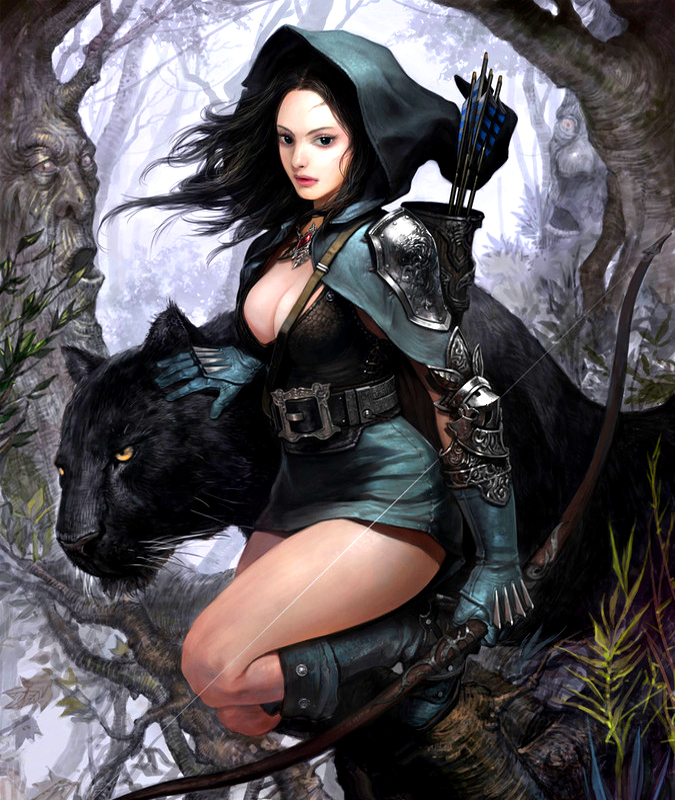 When the Black Panther enters your life as a totem, it awakens the inner passions. This is capable of manifesting in unbridled expressions of baser powers and instincts. It is also capable reflecting an awakening of the kundalini, signaling a time of not just coming into one’s own power. More so, the keynote of the Black Panther is Reclaiming One’s True Power. In mythology and scripture, the panther has been a symbol of the “Argos of a Thousand Eyes,” who guarded the heifer IO who was loved by Zeus. After his death, the eyes were transferred to the feathers of the peacock. The panther always brings guardian energy to those to whom it comes.

The panther often signals a time of rebirth after a period of suffering and death on some level. This implies that an old issue may finally begin to be resolved, or even that old longstanding wounds will finally begin to heal, and with the healing will come a reclaiming of power that was lost at the time of wounding. Also, the Black Panther is very mystical, she finds the most power in darkness. Black Panther understands death and teaches people not to fear it, for out of death comes rebirth.

To the Native peoples of North and South America, the jaguar especially in the form of the Black Panther, was endowed with great magic and power. The jaguar panther climbs, runs, and swims, even superiour to that of the tiger. For the reason that it is capable of functioning so well in so many areas, it became the symbol of mastery over all dimensions. To the Tucano Indians of the Amazon, the roar of the jaguar was the roar of thunder. Thus the Black Panther was the god of darkness and was capable of causing eclipses by swallowing the sun. This reflects the tremendous power inherent within the feminine forces. To those with the panther as a totem, this power will increasingly be experienced.

Nietzsche once said, “that which does not kill us makes us stronger.” It is this same idea that is awakened in the lives of those who open to the power of the panther totem. The panther marks a new turn in the heroic path of those to whom it comes. It truly reflects more than just coming into one’s own power. Rather it reflects a reclaiming of that which was lost and an intimate connection with the great archetypal force behind it. It gives an ability to go beyond what has been imagined, with opportunity to do so with discipline and control. It is the spirit of imminent rebirth.”

Panther people have a broader vision. Panther medicine gives them a deeper insight, both spiritually and psychically. Their enhanced perspective lets them see things in close detail or from a distance. Panthers enter the world enlightened whereas others have to work to achieve that.

My very own first blog page ever...If requested I will regularly update on specific topics, including the black panther..... Let me know :)